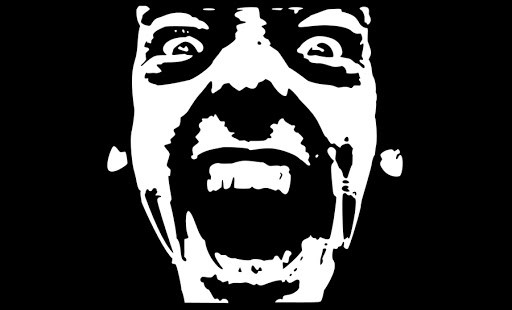 So the Knights of Columbus sometimes wear frilly purple hats, a sweet old lady with good intentions turned a 19th century fresco of Jesus into a fuzzy alien, and this Catholic choir had boys sing like cats for some reason. Big whoop. All of these recent examples are nothing compared the truly strange things from the history of the Catholic Church.

We may actually be living in one of the more sane periods for the Church. If you look around your parish and conclude I must be wrong, read these stories first.

Here are four of the weirdest, strangest, I-can’t-believe-this-actually-happened stories from the Church’s history. And yes, they are all true. Enjoy!

The responsible use of alcohol has long been an important part of Catholic culture. Our priests consecrate wine at Mass, we have beer gardens at our parish festivals, and, of course, we all know that Catholics make the best beer. Water is boring, beer is cool. So why not baptize with it?

If you’ve had similar thoughts, you probably need to re-enroll in CCD. But you also wouldn’t be totally without precedent in Church history. Apparently, there were regions in Norway in the 13th century that had little water but abundant beer (of course), and some Catholics started using their local ale as the laver of regeneration.

The practice was significant enough that Pope Gregory IX actually had to intervene to stop it (example #7392 of why it's great to have the Magisterium). In a letter to the Archbishop of Trondhjem, the pope wrote, “Since according to the Gospel teaching, a man must be born again of water and the Holy Ghost, those are not to be considered validly baptized who have been baptized with beer.”

3) The Mistaken Identity of the Crucified Bearded Lady Non-Saint

If you’ve never heard of her, St. Wilgefortis is most famous for being depicted as a crucified bearded lady. No, this is not from some crazy “spirit of Vatican II” parish in the 1970s, it’s from the 15th century, and apparently her cult was quite popular for a while until she was debunked in the 16th century.

And if she just looks to you like Jesus on the cross wearing a dress, you’re right, and that’s actually the first clue to her origins. Some figures of Christ on the cross produced in the medieval period in the East depicted Jesus wearing long robes on the cross instead of a loin cloth as he normally did in the West. The robe was mistook in the West as a dress, and since no one wanted to think Jesus was cross-dressing, the myth of St. Wilgefortis developed to explain the image.

The figure is wearing a dress, the thinking went, so it must be a woman and not Jesus. Yes, the figure has a beard, but that’s because the woman had taken a vow of virginity, her father was trying to force her to marry a pagan king, and she prayed she would be made repulsive of course. The beard that miraculously sprouted on her face successfully ended the engagement, but angered her father, who had her crucified. All makes sense, right?

Don’t worry, the cult of this legendary androgynous character was officially suppressed in 1969.

Craziness wasn’t just something that burst forth in the late medieval period; the early medievals had their fair share of crazies, too. For those who (incorrectly) think the Catholic Church is corrupt beyond help, the “Cadaver Synod” of the 9th century is one of their premier examples – and not totally without reason.

Formosus was consecrated a bishop in Italy during the pontificate of Pope St. Nicholas the Great. He also engaged in missionary work in Bulgaria, which he did so successfully that the people there demanded he become their bishop. Pope St. Nicholas, however, ordered him to stay stay in Italy. A few years later after the death of St. Nicholas, Pope John VIII became suspicious of Formosus, accusing him of having corrupted the minds of the Bulgarians, as well as conspiring to seize the papacy, for which Formosus and others were excommunicated.

But after the death of John VIII, Formosus’ fortunes turned around. He retook his diocese and a few years later was, amazingly, elected pope. He reigned about five years until his death.

His immediate successor lived only two weeks. But the next pope, Stephen V, thought Formosus’ papacy had been illegitimate. He ordered Formosus’ body to be exhumed, dressed, and placed on a throne for questioning. A deacon was assigned to speak for Formosus. Though historians today say Stephen V was largely motivated by politics (Formosus had crowned the “wrong” person as Holy Roman Emperor), he tried and convicted Formosus’ corpse for violations of canon law, perjury, and, most importantly, as being a fake bishop and therefore fake pope. Stephen declared all of Formosus’ acts and ordinations invalid. Ironically, Formosus had ordained Stephen, which meant that Stephen was declaring his own ordination invalid, which meant he was also not a valid pope, and therefore his declaration was not valid. Stephen, the pope who had inadvertently declared himself a fake pope with his the papal power he never had according to his own invalid declaration, had Formosus’ body thrown into the Tiber river with weights.

Unfortunately for Stephen, Formosus’ body washed up on shore and reports of miracles associated with his body started circulating. The public revolted against Stephen’s madness, seized him, and put him in jail where he soon died. Two of Stephen’s successors, Theodore II and John IX, declared the Cadaver Synod null and void, with John IX thankfully also prohibiting any future trials of dead people. In the Catholic Church, we have to have prohibitions like that.

Think things can’t get any weirder? Here’s the number one most totally wack story from the history of the Catholic Church…

1) The Foreskin that Launched a Thousand Embarrassments

On January 1st, we celebrate the feast of Mary, the Mother of God, but until 1974 it was the Feast of the Circumcision of Christ, being the eighth day after Christmas.

What ever happened to the baby Jesus’ foreskin? Was it preserved somehow? As a former body part of the Lord, wouldn’t it be cool to have it as a relic? If you think these kinds of thoughts are a bit strange, a surprisingly large number of people in history would have disagreed with you.

The first purported holy prepuce showed up in A.D. 800 when Charlemagne gave one to Pope Leo III as a gift. It’s authenticity was supposedly confirmed by a few miracles and Leo had it displayed in the Lateran Basilica. It remained there for centuries until Rome was sacked in 1527. The thief was eventually caught and the relic recovered in the town of Calcata, where it remained until the 20th century.

That all sounds pretty straight forward until you find out that there were up to seventeen other foreskins floating around in medieval Europe, all asserted to be Jesus’ by their owners. Having the holy foreskin was apparently a big honor (or a big tourist draw) and a lot of people wanted to get in on the action. Other places that claimed to have Jesus’ foreskin include: Le Puy-en-Velay, Santiago de Compostela, Antwerp, Coulombs, Chartres, Besançon, Newport, Metz, Hildesheim, Charroux, Conques, Langres, Fécamp, and Stoke-on-Trent. The French region of Auvergne had the special honor of being the home to two of Jesus’ foreskins.

By the 19th century, all had disappeared or been destroyed except for the one in Calcata, Italy; that is, until one in France was rediscovered by a workman repairing an abbey. Its discovery resulted in a major theological battle (and public relations disaster) over which foreskin was the real one.

So why haven’t you heard of this before? David Farley explains how the Vatican put the kibosh on the embarrassment in the early and mid-20th century:

“Facing increasing criticism after the ‘rediscovery’ of a holy foreskin in France, the Vatican decreed [in 1900] that anyone who wrote about or spoke the name of the holy foreskin would face excommunication. And 54 years later, when a monk wanted to include Calcata in a pilgrimage tour guide, Vatican officials didn't just reject the proposal (after much debate). They upped the punishment: Now, anyone uttering its name would face the harshest form of excommunication—"infamous and to be avoided"—even as they concluded that Calcata's holy foreskin was more legit than other claimants'.”

Nonetheless, the Church allowed the church in Calcata to include the relic in their annual New Year’s Day procession, which they did until 1983 when the relic was reported stolen.

And that’s where we come to the best part of this story. Ambiguous language in the announcement of the foreskin’s theft, a possible death-bed confession by a local bishop, and circumstantial evidence have led some people to suspect that the Vatican was behind the heist in order to put the matter to rest.

Whether or not the Vatican has Jesus’ foreskin stored away somewhere as Catholics in Calcata insist, it’s probably all for the better in our post-Dolly the sheep world, as Farley points out:

“[I]f it had survived, it would have been only a matter of time before someone wanted to clone it. And that could have given the Second Coming an entirely new meaning.”

What did I miss? What’s your favorite crazy story from Church history? Please share in the comments!