The 99 Sheep Left Behind 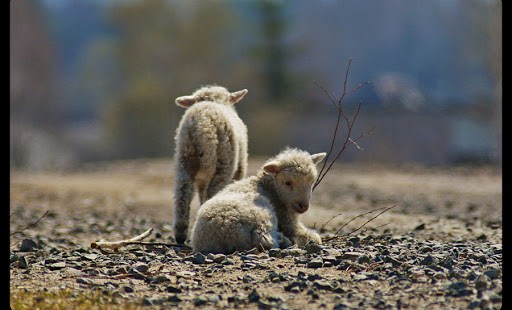 Pope Francis is going after the lost sheep, just as Jesus did. But it’s hard being left behind.

When those on the fringes or a tradition express feelings of disenfranchisement, no one ever questions the legitimacy of those feelings. But when those who have strongly identified with the core of a tradition express such feelings, they have to justify them. This is where so-called “conservative” Catholics find themselves right now. The fact of the matter is that, as popular a pope as Francis is, we cannot deny the widespread sense of abandonment expressed by Catholics who have made conscientious and life-altering commitments to the Church and its constant teaching and tradition—who have sought to embrace what has been handed down, rather than to select what suits them and reject what challenges their own sense of the way things ought to be. But I don’t know if I want to call these people “conservative”.  Let’s just call them “intentional Catholics”.

Now, based upon a complete reading of Francis, I have no doubt that he is orthodox in his thinking on faith and morals; and, besides, I have every confidence in the infallibility of the Pope, and that the Holy Spirit will guard the teaching of the Church. But at a prudential level, there is no doubt that Francis uses words in ways that are made to serve ends he clearly does not support. He may not be considering the American context at all, when he speaks. But let’s consider what that context looks like, because it’s where feelings of disenfranchisement are coming from.

In the United States today, the foundations are being laid for a radical marginalization of Christianity and a persecution of the Church in the wake of a significant cultural shift into a post-Christian secular materialism with an all-pervasive centralized regulatory government.  Traditional moral norms have been almost completely abandoned, as same-sex marriage has become a kind of sacred order for the new secularism, falling divorce rates reflect falling marriage rates rather than the restoration of fidelity. Children are being raised in broken or blended homes and are less and less likely to have been conceived by parents who’ve pledged their lives to one another in advance. Only about one-third of self-identified Catholics attend Church regularly, and of those who don’t, most live lives indistinguishable from the secular materialist mainstream of the new culture. “Former Catholics” is the second-largest religious denomination in the United States, if you count it as one, just behind “Catholic”, and is poised to overtake it, just as those who profess “no religious affiliation”—the so-called “Nones”—are growing among the young by leaps and bounds. Also growing among the young by leaps and bounds is the rate of sexually transmitted infection in a world that views sexual activity as a form of protected “expression” on a higher order than that of speech and religious practice, which it gets to silence in the public square.

I could go on, but I’d start to sound like I was complaining. I’m really only describing the lay of the land. In any event, this is the American context, right now, and In this context, those who have been attempting to turn the tide against this massive cultural shift over the past fifty years—many of whom have devoted their entire adult lives to this “good fight”—now feel as if Pope Francis is walking right past them to coddle the very people seeking to destroy them, the sheep of his own fold.

But maybe we ought to look at this whole thing in another way, as uncomfortable as that may be. The Bible has numerous examples of how God will subject those nearest his heart to dangers in order to find and rescue those furthest away from him. This is a great mystery that has to do with the overwhelming power of God’s love and mercy. We need only consider what happened to the Apostles and the Prophets to catch a glimpse of this sort of thing. That said, no one wants to go through that stage in which we get left behind, unguarded, so the shepherd can go in search of the lost sheep; and it’s difficult to play the part of the faithful son while the father gazes day and night out the window in hopes that his prodigal son will wander home some day from his debauchery. But all that’s part of the Bible, and part of the faith. So if Francis is going out in search of the prodigal son, running out to him to embrace him, though he’s still a long way off, we shouldn’t complain that he does it. But maybe Francis should make it clear to his faithful son what he’s up to, and remind him, “You have always been with me, and everything I have is yours. But it’s right to rejoice at the prospect of finding the lost, and raising the dead to life again.” That would probably help.

Francis doesn’t want to just tell people what to think. He wants to show them what love looks like, and then to challenge them to seek it out where it’s to be found—in Jesus Christ, and his Church. That viral photo of Francis kissing a disfigured man is the sort of speech no one can misinterpret. When people see an act like that, they want to know what motivates it—what sort of blood courses through a heart like that one, and what that disfigured man looks like through Francis’ eyes. When people start asking questions like that, they position themselves to hear the answer. Intentional Catholics should take heart at this prospect. Because the answer to that question is something they already have in their own lives. It’s the very same answer that motivates humble lay Catholics to stand on the street and pray in the hope that someone will decide a baby deserves to live instead of die. It’s the answer Christ gives when he climbs upon the Cross.