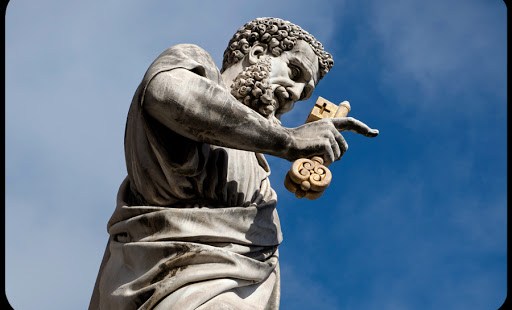 Pope Francis congratulates the Priestly Fraternity of Saint Peter on their 25th anniversary and expresses his appreciation for their devotion to the Bishop of Rome.

Congratulating them on their 25th anniversary, Pope Francis has expressed his appreciation for the devotion to the Bishop of Rome exhibited by the Priestly Fraternity of Saint Peter.

“It was in a moment of great trial for the Church that the Priestly Fraternity of Saint Peter was born,” read an Oct. 28 letter from Archbishop Luigi Ventura, apostolic nuncio to France, to Fr. Vincent Ribeton, French district superior of the fraternity.

“The Holy Father encourages them to pursue their mission of reconciliation among all the faithful, whatever may be their sensibility, and this to work so that all welcome one another in the profession of the same faith and the bond of an intense fraternal charity.”

The letter, translated into English at Rorate Caeli, opened by stating that “Pope Francis joins the thanksgiving of her members for the work accomplished in this quarter-century spent at the service of ecclesial communion 'with Peter and under Peter'.”

“In a great spirit of obedience and hope, her founders turned with confidence to the Successor of Peter so as to offer the faithful attached to the Missal of 1962 the possibility of living their faith in the full communion of the Church.”

The Priestly Fraternity of St. Peter forms priests for the use of the extraordinary form of the Roman Rite, and having formed them, deploys priests in parishes for the service of the Church.

The letter from Archbishop Ventura continued, noting the importance of the FSSP in the work of the Second Vatican Council.

“By the celebration of the sacred Mysteries according to the extraordinary form of the Roman Rite and by the orientations of the Constitution on the Liturgy Sacrosanctum Concilium, as well as by passing on the apostolic faith as it is presented in the Catechism of the Catholic Church, may they contribute, in fidelity to the living Tradition of the Church, to a better comprehension and implementation of the Second Vatican Council.”

The nuncio noted that Pope Francis “exhorts them, according to their own charism, to take an active part in the mission of the Church in the world of today through the testimony of a holy life, a firm faith, and an inventive and generous charity.”

The letter concluded by noting that Pope Francis granted “with an open heart” an apostolic blessing upon pilgrims who visited Lourdes or St. Sulpice parish in Paris for the fraternity's 25th anniversary.