Bringing Out the Heavy Spiritual Artillery on Gay Marriage 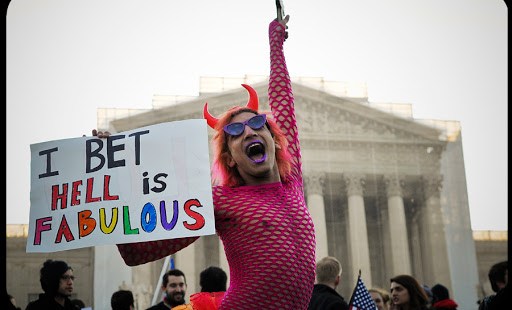 With Illinois set to give legal recognition to gay marriage, Bishop Paprocki of Springfield plans to do a public “Exorcism in Reparation”. Is this really the right move?

The governor of Illinois is set to sign into law tomorrow a bill giving legal recognition to gay marriages, and the local Bishop of Springfield, Thomas John Paprocki, is ready to fight back spiritually in one of the boldest ways any bishop has before.

His Office of Communications issued a press release last week announcing that Bishop Paprocki would be leading a service to offer “Prayers of Supplication and Exorcism in Reparation for the Sin of Same-Sex Marriage” at his cathedral close to the time the bill would be signed into law.

If you’re like most people and unfamiliar with what “prayers of supplication and exorcism in reparation” entails, the press release explains more about the service:

“The prayers for ‘Supplication and Exorcism Which May Be Used in Particular Circumstances of the Church’ are taken from the Appendices to the 2004 Latin edition of the Rite of Exorcism, the introduction to which explains, ‘The presence of the Devil and other demons appears and exists not only in the tempting or tormenting of persons, but also in the penetration of things and places in a certain manner by their activity, and in various forms of opposition to and persecution of the church. If the diocesan bishop, in particular situations, judges it appropriate to announce gatherings of the faithful for prayer, under the leadership and direction of a priest, elements for arranging a rite of supplication may be taken from [the texts provided in these appendices].’”

Bishop Paprocki says he takes inspiration from Pope Francis. “The context for this prayer service may be understood by recalling the words of Pope Francis when he faced a similar situation as Archbishop of Buenos Aires in 2010.”

In June of 2010, then-Cardinal Jorge Bergoglio said regarding a proposed law to give legal recognition to gay marriage in Argentina, “At stake is the total rejection of God's law engraved in our hearts. … Let us not be naive: it is not a simple political struggle; it is an intention [which is] destructive of the plan of God. It is not a mere legislative project (this is a mere instrument), but rather a 'move' of the father of lies who wishes to confuse and deceive the children of God."

Is this an appropriate response to the gay marriage bill in Illinois?