The Poetic Spirituality of ‘Mumford & Sons’ 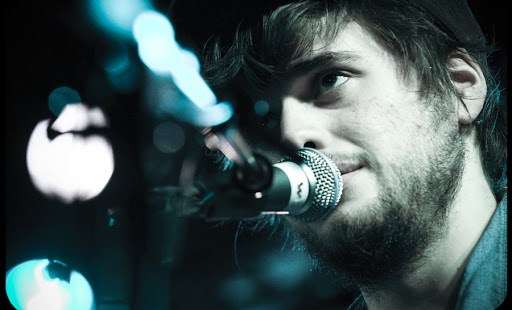 Their precise faith commitments are not exactly clear, but their music has made the Catholic faith real to me in a profound way.

After I wrote about Arcade Fire, I found a music video for a few of their new songs which appeared on Saturday Night Live. It's loaded with celebrity cameos, including Bono from U2, the band to which Arcade Fire is most often compared.  In the middle of the first song ("Here Comes the Night," probably my favorite from Reflektor), there's a joke at the expense of Mumford & Sons.

I'm not surprised by it, as it exemplifies my point about the two bands occupying opposite positions in the hipster gamut. But aside from a couple of funny parts, this music video is just too weird for me and even a bit nightmarish. It reminds me of why I never watched other Arcade Fire music videos and never really wanted to see them in concert. I love a lot of their music, but I prefer to enjoy it far away from the visual interpretations that often have been associated with it. I haven't faced that tension in Mumford & Sons; and what I aim to do in this article is to defend Marcus and his friends against those who hate them. Here is an article from First Things titled "Against Mumford" that got me all worked up. Be sure to read the comments, too, a few of which I found particularly satisfying.

I heard a little snippet of "Little Lion Man" one fall day in 2010 and promptly rushed to my computer to find more of that sound. The first song I clicked on transported me to a place that can best be described as wedding feast celebrating a marriage between my senses and my nostalgia. I had chosen "Sigh No More" – the title track for Mumford & Sons' first album, because I immediately recognized the words of Shakespeare's poem by the same title which is often used in film and theater adaptations of his comedies. As I heard these four male voices singing together, I felt transported into their world—their shared friendship represented by the words carefully shared by all, and also their individual hearts suggested by the different voices. Then I realized that the loveliness of the lyrics reflected the swelling in my soul:

Serve God, love me and mend
This is not the end
Lived unbruised, we are friends
And I'm sorry
I'm sorry

Sigh no more, no more
One foot in sea, one on shore
My heart was never pure
You know me
You know me

Yes, I know you, whoever you are, I thought; and you seem to know me. How did you manage that? The experience was just as John Waters describes in his talk:

I felt like I was listening to the friendship shared between C.S. Lewis, J.R.R. Tolkien and the other "Inklings" set to music. I felt like the Four Evangelists were soothing me to a peaceful rest, telling me all together but each in their own unique way that I must serve God, adding that it will be difficult, I will screw it up sometimes, yet I need not dwell in sadness:

Then, as the song picks up in tempo, my heart rose with it and my reaction was not unlike that of the Emotional Baby. These four men (probably from the Shire, I imagined) were singing about love, and the love they described was real love, Love Himself—the love that moves the sun and the other stars. Unlike millions of songwriters before them, these men knew that

Love; it will not betray you
Dismay or enslave you, it will set you free
Be more like the man you were made to be

I was utterly enraptured by this song, and it is because of that fact that I take issue with the author of "Against Mumford." He says that their "tradition" is invented and inauthentic, just an eclectic mishmash. Well Jimmy crack corn and I don't care. It is moving to me and millions of other people. It touches on something real, plugging me into the "Deep Magic" described in The Chronicles of Narnia. It might not be firmly rooted in a musical tradition, but it is in a religious and literary one.