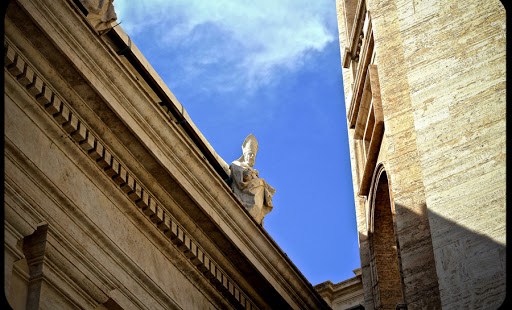 The Vatican has chosen to take the down the text of Pope Francis’ interview in La Repubblica, previously featured among his speeches, from its official website.

The Holy See's press officer announced Nov. 15 that the Vatican had chosen to take down the text of Pope Francis' interview in La Repubblica, which had been featured among his speeches, from its website.

“The information in the interview is reliable on a general level but not on the level of each individual point analyzed: this is why it was decided the text should not be available for consultation on the Holy See website,” Fr. Federico Lombardi told journalists Nov. 15.

“Its removal is a final update on the nature of this text. Some mistakes were made regarding its value, which was questioned.”

The interview was conducted by Eugenio Scalfari, editor of the Italian publication La Repubblica  and an atheist. In addition to its publication in Scalfari's newspaper Oct. 1, the text appeared in the Vatican newspaper L'Osservatore Romano and on the Vatican's website.

The accuracy of the text was quickly met with skepticism; several sources suggested that the printed text, while overall faithful to the Pope's thought, may not have captured his exact words.

On Oct. 3, staff at La Repubblica told Jean-Marie Guén ois, deputy editor of the French daily Le Figaro, that “the interview was not recorded, nor were notes taken. What is reflected in the interview is fruit of the memory of that which the Pope and Scalfari said during their encounter.”

It later emerged that Pope Francis was aware that his reported words in the interview could be misunderstood, and took measures concerning this.

Antonio Socci, a Catholic columnist for the Italian newspaper Libero, wrote Oct. 27 that after the publication of the interview, Pope Francis was fully aware of the risk of misunderstanding of some of his words, particularly those on conscience.

The Pope's knowledge that he could be misunderstood is why, according to Socci, Fr. Lombardi, was “told to maintain that the text of the interview had not been revised by Pope Francis and that it was penned by Scalfari after an informal chat.”

Fr. Lombardi had also underlined that “the interview is not part of Pope Francis' Magisterium.”

According to Socci, Pope Francis “regretted” the publication of the interview in L’Osservatore Romano and “complained of it to the director, Gian Maria Vian, in Assisi on Oct. 4.”

On Friday, Fr. Lombardi indicated that “the Secretariat of State took the decision” to remove the text from the Vatican's website, and not the Congregation for the Doctrine of the Faith, as was rumored.