Colombians Pray for Baby Girl Who Awoke in Morgue 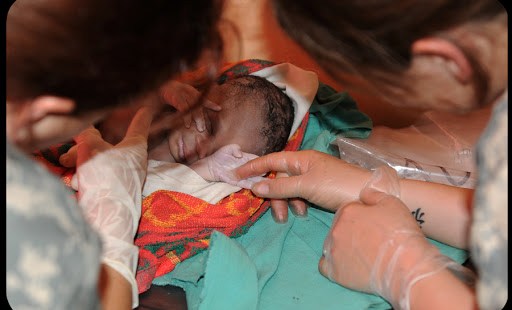 Colombians joined together to pray and offer Masses for a 26 week-old baby pronounced dead by doctors shortly after birth, but found awake after ten hours in the morgue.

In statements to CNA, the assistant manager of the Clinica Santa Teresita, Clemencia Castro, said the baby died from respiratory arrest after she was unable to respond to the efforts “of the medical and paramedical team.” Castro added that the clinic deeply appreciates the prayers offered by the Colombian community for Milagros and hopes “to keep them for each of the babies that come to our institution.”

Colombians are joining together to pray and offer Masses for a 26 week-old baby who was pronounced dead by doctors shortly after birth but awoke after ten hours in the morgue.

“No matter how you look at it, it is a miracle!” said Doctor Farid Vieira, the manager of the St. Francis of Assisi Hospital in the Colombian city of Quibdo.

He told reporters the baby girl was exposed in the morgue for more than ten hours without any kind of protection.

On Nov. 12, the baby's mother 28 year-old Jenny Adriana Hurtado, checked into a hospital in the province of Choco. Her child Milagros was born prematurely via caesarean and had great difficulty breathing because of her underdeveloped lungs, Vieira said.

Although doctors did everything they could to save her, after 35 minutes they pronounced her dead and her apparently “lifeless” body was placed in the hospital morgue.

Vieira recounted that at 1:30 p.m. on Wednesday afternoon, the family came to claim the body. The person responsible for bringing the body to them saw the baby move, open her eyes and begin to cry. She was immediately taken to an incubator.

The hospital did not have the necessary staff and equipment to deal with the situation and sent Milagros to the St. Therese of the Child Jesus Clinic outside Bogota, which specializes in neo-natal intensive care.

In comments to CNA on Nov. 18,  the clinic's assistant manager Clemencia Castro said the baby arrived in intensive care with limited breathing and a dangerous infection. She was fitted with an artificial respirator and doctors said they were cautious about the prognosis.

Physicians attending the baby say her condition is “unstable and complicated. The risk of death is imminent. She is difficult patient requiring significant care, and everything possible is being done to keep her stable.”

Castro said that since Milagros was admitted to the clinic, many people have offered to help pay for her medical expenses and pray for her recovery. The baby was also baptized and the Teresian Community, which work at the facility, has offered prayers and Masses for Milagros.