Family Poverty and the Ideological Divide 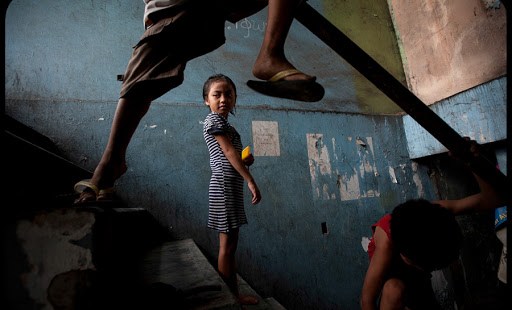 Liberals say poverty is caused by economic injustice, and conservatives say the culprit is broken families. Can’t they both be right?

Although neither of these factions is entirely unified ideologically, each seems to possess sufficient “family resemblance” such that most politically conscious people self-identify with one or the other.  For some time I have made no secret of the fact that I consider this division to be based on intellectual confusion, but that is neither here nor there for my present purposes.  My purpose now rather is to point out how the partial truths held by each bloc pretty much cancel each other out in one important case, that of family policy.  Instead of complementing or completing each other’s insights, the two competing groups manage to prevent anything substantive from being done to alleviate our very real problems.

So what am I talking about?  Probably most readers are familiar with the claim made by many conservatives that poverty is caused, in whole or in part, by bad choices on the part of the poor, hasty or ill-considered marriages that end in divorce, having children outside of marriage, substance abuse, dropping out of school, etc.  In support of this opinion statistics are frequently cited which apparently indicate that people who avoid these personal failings do better economically.

And I think that there is something to this, that quite obviously these factors are important contributors to poverty in many instances.  But then there is the claim on the part of many liberals that poverty is mostly the result of discrimination of one kind or another, or of the weakness of labor unions, and the general lack of well-paying blue-collar jobs in today’s America.  This claim too I think has considerable truth.

Cannot both of these claims be true?  The difficulty arises when either claim is taken as the sole explanation for poverty in the U.S.  Poverty is sometimes a result of bad formation and bad choices on the part of the poor; sometimes it is the result of a lack of jobs paying good wages with decent benefits.  Sometimes it is a combination of both.  But it is a mistake to consider one or the other as the sole cause of poverty in the United States.

Moreover, if we stop looking at things through one or other of our rigid ideological lenses, we might grasp that these two causes of poverty are actually related.  Poverty can be, and often is, as much a condition of culture as of individual misfortune.  A culture whose moral norms in turn promote bad choices on the part of individuals.  Such a culture cannot be changed simply by preaching marital fidelity, nor can it be changed simply by more good jobs.  Only the two together stand a chance of doing something about an otherwise intractable problem.

Unfortunately each of our two rigid ideological blocs is pretty much unwilling to admit that there is any truth in the position of the other side.  If liberals admitted that the poor were ever responsible, even in part, for their poverty, then they would have to stop their practice of putting the blame entirely on the system and even begin to talk about personal morality.  And if conservatives would admit that being married and morally responsible is not an automatic ticket to a job that pays a living wage, then they would have to admit that American capitalism suffers from serious defects and that market forces are insufficient to bring about justice—or even always prosperity.

As it is now, our public policy is always based on a degree of unreality, depending on who is in power and gets to make the laws.  For whoever it is, the laws they make reflect their own ideology and offer a partial analysis as the whole explanation.  It is insufficient simply to throw money at the poor; likewise it is both insufficient and unjust to abandon the poor to “the callousness of employers and the greed of unrestrained competition,” as Leo XIII put it.  But as long as each side makes it a first principle never to see anything good in the other side, we are pretty much doomed to seesaw from one of these errors to the other, depending upon who won the last election.