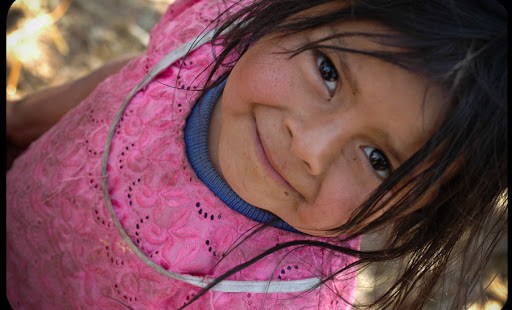 The Fazendas da Esperança (Farms of Hope) have cured more than 15,000 people of drug addiction by healing through community and prayer.

"I understood that I had come to the Farm of Hope not only to throw off the drugs, but also to change my life fundamentally."

The abuse of drugs, alcohol and other addictive substances takes its toll. "I had nightmares and every conceivable kind of pain. The first few weeks were terrible," Leandro, 24, recounts. He lives at the Fazenda da Esperança (Farm of Hope) in Guaratingueta near Sao Paulo.

Leandro began to drink to excess when he was 12, and later he turned to marijuana and cocaine as well. "I wasn't able to finish school," he explains. The young man speaks quickly; it's clear that he is in a hurry to offload his story. After his parents divorced when he was 18, he went onto crack. He stole cars to pay for it. "I got further and further into the drug and then I got terrible depressions."

It was only after talking to his mother that he decided to get treatment. "I understood that I had come to the Fazenda da Esperança not only to throw off the drugs, but also to change my life fundamentally," he says.

There are about 140 men like Leandro living at the Fazenda da Esperança in Guaratingueta. In groups of up to 15 they work, pray and struggle together for a year. Each day is lived according to a motto, a simple Christian maxim or Bible quotation, such as "Love thy neighbor."

The aim is "to learn to be aware again of yourself and others and to handle your own feelings," according to Christine Magg. Over time, men at the Fazenda recognize "that they are valuable human beings, and, what's more, that they are a gift of God."

Christine, a native-born Augsburger, has been working for the Fazenda for six years. To get a feeling for the life of those in recovery, as the Fazenda's residents describe themselves, she lived like them for a year, isolated from the outside world, without radio, television or internet.

"Every stone comes from here," she explains during a tour of the Fazenda. Everything here has been placed with love. Flowers are blooming everywhere; there is a fragrance of lemon grass and various blossoms; birds are chirping; cats, dogs and chickens are jumping and running around.

For someone who has known hell, it must seem like paradise. And this paradise is cultivated. Everybody pays attention to sustainability. When a new building is constructed, materials from the surrounding area are used, even garbage.

The Fazendas arose, so to speak, from nothing. It started in the 1970s: a young parish member called Nelson couldn't get the sermons of the Franciscan padre Hans Stapel out of his mind. The priest had come to Guaratingueta as an assistant pastor and preached the love of one's neighbor from the pulpit. Nelson resolved to help the drug addicts in his neighborhood.

The initial contact led to the formation of a firm group of people who wished to be free of their addiction. They met on a weekly basis and asked for a place to stay which would isolate them from their usual surroundings: the first Fazenda was born. More and more people asked to be taken in and Nelson's female cousin founded the first Fazenda for women.

Since then the Fazendas have spread rapidly. More than 15,000 people have already been cured on the Farms of Hope, 95 Fazendas exist worldwide and 30 more are about to be established. The nature of the therapy is adapted to the specific culture and country, but the basic structures are the same everywhere: work, community and prayer.

You don't have to be Catholic to live on the Fazenda, but every person in recovery is supposed to take part in prayer times for the sake of the community. "We have even had a Muslim here who started to read his Qur’an more than ever before," Christine Magg says.

Arthur, 16, finds that prayer helps him greatly to get free of his addiction. At 13, he tried drugs for the first time, out of curiosity and boredom. He grew up in a solid middle-class home where he was refused nothing.

"I started to buy and steal drugs. My mother was ashamed and my neighbors didn't like me. I took cocaine and committed robberies, and then I got arrested. When I was let out, I resumed my old lifestyle," he explains.

But he noticed that this lifestyle no longer satisfied him and that it didn't bring peace to the family. He came to Guaratingueta through his sister, a volunteer at the Fazenda. "I would like to change my life and finish school," he says.

This year the Fazenda in Guaratingueta is celebrating its 30th anniversary. It is expected that 6,000 visitors will attend the festivities. These will include many of the former residents in recovery who now act as volunteers to help newcomers to the Fazenda. Who would be better placed to understand what those in recovery are going through?

A whole series of former residents and other numerous laypersons, priests and members of religious orders have joined together to form a community, which has enjoyed Papal recognition since 2010. It is called "Família da Esperança" (Family of Hope) and with prayer and drive it contributes to the "success" of the Fazendas. Forty Catholic communities also help the Fazendas spiritually and actively.

"If you want to help here, you simply have to have the will to love," Christine Magg explains. What sounds so simple is in fact a daily challenge, for those in recovery and for the volunteers. And yet it succeeds again and again.

Originally published by Aid to the Church in Need on 19 November 2013.