Not So Fast: “Change” to China’s One Child Policy Is (Almost) No Change At All 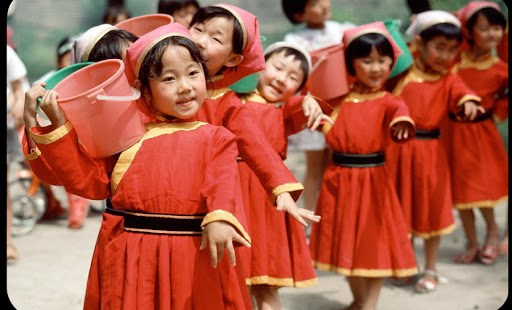 Media reports of China “easing” its massive abuse of human rights are wrong. China’s One Child Policy stands and is just as destructive as ever.

Previously, most couples in China were required by law to have no more than one child or else face heavy fines or even forced abortion. The new policy allows for couples to have a second child under certain circumstances, including if both parents have no siblings.

After some media outlets reported the adjustment as a major change to the policy, the Chinese government news outlet Xinhua News Agency published a clarifying story entitled “Birth policy changes are no big deal”. According to Women’s Rights Without Frontiers, deputy director of the National Health and Family Planning Commission in China Wang Pei’an told Xinhua that “the number of couples covered by the new policy is not very large across the country.”

Founder and President of Women’s Rights Without Frontiers Reggie Littlejohn explains that the new policy isn’t as significant as it first seemed. “[T]o say that China has ‘relaxed’ or ‘eased’ its One Child Policy under these circumstances is completely unwarranted. To the contrary, Xinhua’s weekend report makes it clear that… the policy announced Friday…[is a] minor modification.”

Littlejohn says the new policy “will not affect a large percentage of couples in China; is not currently subject to a timetable in which to implement it; retains the dreaded ‘birth intervals’ between children (if a woman gets pregnant before the interval has lapsed, she may be subject to a crushing fine or forced abortion); makes no promise to end the coercive enforcement of the policy; and promises to continue the One Child Policy ‘over a long period of time’ – which could be decades.”

“Headlines stating that China has ‘eased’ or ‘relaxed’ its One Child Policy are detrimental to sincere efforts to stop forced abortion in China, because they imply that the One Child Policy is no longer a problem.”

Littlejohn exhorts human rights advocates to continue fighting for an end to the policy. “In a world laden with compassion fatigue, people are relieved to cross China’s One Child Policy off of their list of things to worry about. But we cannot do that. Let us not abandon the women of China, who continue to face forced abortion, up to the ninth month of pregnancy. The One Child Policy does not need to be adjusted. It needs to be abolished.”

President of the Catholic Family and Human Rights Institute Austin Ruse says China’s population control policies have been a disaster, and he doesn’t think the new rules will change that. “The Chinese one-child policy has wreaked demographic havoc on China. The sex ratio is so totally out of whack that there is a whole generation of Chinese men who will never have a wife. Moreover, they are now aging so rapidly because of it, that it is said China will grow old before they grow rich. What they have done has never been done to human society before. A two-child policy will encourage the same human rights abuses and will do nothing to change China’s disastrous demographic future.”

Reggie Littlejohn is Founder and President of Women’s Rights Without Frontiers, an international coalition to expose and oppose forced abortion, gendercide and sexual slavery in China. She also led the international effort to free blind activist Chen Guangcheng, who arrived in the United States on May 19, 2012.

Austin Ruse is President of the Catholic Family and Human Rights Institute (C-FAM).