Not All Music is Created Equal… or Is It? 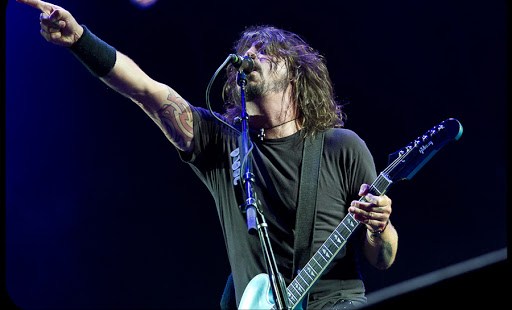 Once you look past the window dressing, much of the commercial music available today ultimately boils down to the same uncreative musical framework. Yet somehow, we’ve been culturally anesthetized to the point where we can’t seem to recognize it.

Nearly a decade after the fact, I can still look back to a particular scene from my high school experience – one that is fairly mundane, at that. There I was, seated at the piano during our chamber chorus rehearsal. While I would normally be singing in the bass section of the choir, it was now closer to the end of the year, which meant that the annual capstone Pops Concert was coming up. (I still remain convinced that this was something that the choir teacher did to appease his whiny sopranos, and perhaps the occasional tenor diva as well.)

Given my capacity to play piano and the simpler nature of the pops repertoire, it was decided that my abilities would best be put to use as a choral accompanist. One of the selections for that year’s concert was “Seasons of Love” from Rent – Broadway’s answer to Puccini’s La Bohème. And even now, I remember cringing at the thought of sitting down to play an insipid ditty whose uninspiring accompaniment consisted of the same chord progression being played ad nauseam. In fact, just to keep myself entertained, I would often change up the rhythm, arpeggiate the chords, or even substitute alternate harmonies from time to time. At least the bridge provided a brief respite, allowing me to transition from one vapid progression to another – one equal to the other’s vapidity, perhaps, but at least it was different.

Just recently, I stumbled upon a cleverly done video – a satirical mash-up of a great number of different pop songs using what has been dubbed as the “Sensitive Female Chord Progression”. This progression (which, for the music theory-inclined, is I-V-vi-IV, or some other combination thereof) is the unoriginal foundation for any number of sappy “easy listening” hits, the main differences from one specific selection to another being the lyrics, tempo, instrumentation, and key. It raises the question: has “consumption music” caused modern society to develop a dumbed-down sense of the musical art form, even to the point where the same chord progression can be used over and over again in a song, and then reused in countless other instances without making anyone flinch?

See for yourself how many well-known pop standards have made use of SFCP (NOTE: crude language warning at 5:20):

And now that you’ve been thoroughly amused (and perhaps astonished by the fact that more songs than you would have ever thought possible boil down to the same four chords), consider just how pre-fabricated the music you might be listening to on the radio or on your iPhone can be. And, should that be the case, maybe it’s time to tune in to some fresh sounds.


Alberto González is the Associate Editor for Aleteia’s English edition and a professional organist and vocalist in the Washington, D.C. metropolitan area.