Vatican II vs. the Liturgical Terrorists 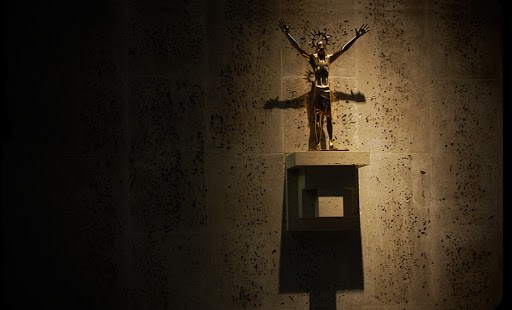 Sacrosanctum Concilium was meant to revitalize the Church’s liturgy, but it led to liturgical collapse instead. What went wrong?

The following article was commissioned by Aleteia on the occasion of the 50th anniversary of the promulgation of the Constitution on the Sacred Liturgy, Sacrosanctum Concilium.

It is interesting that the liturgy of the Church was the first major subject to be discussed and lively debated by the Fathers of the Second Vatican Council, who accepted the final draft of the Constitution on the Sacred Liturgy by an overwhelming 2,147 votes to four. Sacrosanctum Concilium (SC) is in truth a splendid document, the fruit of a liturgical movement seeking to bring to the attention of the entire Church the riches of Catholic tradition regarding the worship of God. Catholic scholars had been eager to draw upon the rich fount of liturgical experience rooted in the mystagogic theology of the Fathers of the Church from both East and West. Such classic works as Joseph A. Jungmann, S.J.’s The Mass of the Roman Rite: Its Origin and Development, Joseph Ratzinger’s The Spirit of the Liturgy, Dietrich von Hildebrand’s Liturgy and Personality, Maurice Zundel’s Splendour of the Liturgy, Romano Guardini’s The Church and the Catholic and the Spirit of the Liturgy, and  Dom Theodore Wesseling’s Liturgy and Life sought to make the faithful aware of the centrality of Christ in their lives and their encountering him who created and redeemed mankind in the public worship of the Church.

As the Constitution on the Sacred Liturgy noted, the sacred liturgy of the Church “is principally the worship of the Divine Majesty” and “the summit towards which the activity of the Church is directed; it is also the fount from which all her power flows” (SC 33 and 10).  Again, it observed:

"It is the liturgy through which, especially in the divine sacrifice of the Eucharist, the work of our redemption is accomplished, and it is through the liturgy, especially, that the faithful are enabled to express in their lives and manifest to others the mystery of Christ and the real nature of the true Church. … The liturgy daily builds up those who are in the Church, making of them a holy temple of the Lord, a dwelling place for God in the Spirit, to the mature measure of the fullness of Christ." (SC 1)

Clearly,Sacrosanctum Concilium sought to deepen the faithful’s understanding of the spirit of the liturgy and awareness of its power to transform them into saints. The words of the great philosopher Dietrich von Hildebrand are applicable regarding the intention of the Council Fathers, who had profited from a liturgical movement dedicated to promoting a greater participation in the Mass and sacraments that would enable all the faithful to live more intimately the life of the Church, which is the life of Christ himself :

"For it is the Face of Christ that is revealed in the Liturgy: the Liturgy is Christ praying. To learn the fundamental dispositions embodied in the Liturgy means to penetrate more deeply into the great mystery of the adoration of God, which is Jesus Christ. The more consciously the spirit of Christ is grasped and lived in the Liturgy, and the more the Liturgy becomes for us an “imitation of Christ,” the deeper the transformation of man in Christ." (Liturgy and Personality, p. 9)

In its doctrinal and pedagogical exposition of the nature of Catholic liturgy, the Council Fathers saw the need to overcome the exaggerated rubricism, formalism, clericalism, and other barriers (including language) which impeded the laity’s full liturgical participation as well as a greater appreciation of the Mass’s theological richness. Certain deficient spiritual attitudes such as pragmatism, consumerism, careerism, and contentment with mediocrity that gripped the mentality of too many clergy needed correction. The lay Christian at Mass was to be freed from the role of a mere ‘spectator’ and being satisfied with merely fulfilling his Sunday Mass obligation. Laity motivated by the love of Christ in the Liturgy were rather to be active and informed apostles in spreading the Faith. Little did the Council Fathers and the faithful in general realize there would, in Cardinal Ratzinger’s words, occur a “collapse” of the liturgy. There would result not a revitalization of liturgical celebration and practice, but devastation. “What happened after the Council was totally different: in the place of liturgy as the fruit of development came fabricated liturgy,” the Cardinal wrote in his introduction to a book critical of the results of liturgical reform by Msgr. Klaus Gamber.