A Tale of Two Catholic Politicians: J.F.K. vs. Hilaire Belloc 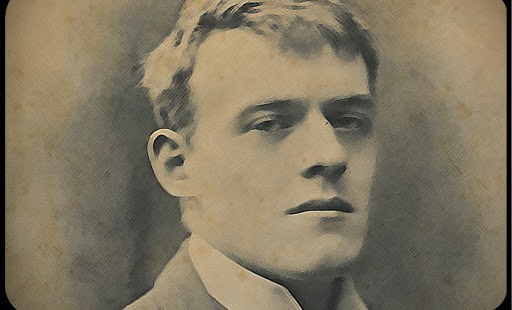 Hilaire Belloc won a seat in the English parliament despite anti-Catholic bigotry, and he did it by confidently owning his religion. J.F.K did the opposite.

In his famous work, On Power, Bertrand de Jouvenel made the following observation:

"It is possible, with the help of prudently balanced institutions, to provide everyone with effective safeguards against Power. But there are no institutions on earth which enable each separate person to have a hand in the exercise of Power, for Power is command, and everyone cannot command. Sovereignty of the people is, therefore, nothing but a fiction, and one which must in the long run prove destructive of individual liberties."

This is one of the great conundrums of representation, and has been acknowledged, to varying degrees, by everyone from Rousseau to Hobbes to Locke. “Popular sovereignty,” it would seem, must logically cease to be “popular” as soon as the voter leaves the voting booth. You can have government “for” the people; you can have it “of” the people; but you cannot truly have a government “by” the people, if by this you mean everyone at all times.

Unfortunately, amidst the prevailing mentality of egalitarianism, in which no one wants to fancy himself a citizen on election day and then a subject for several years afterward, this truth is difficult to stomach; it does no good to assure the person that he is merely “subject” to his own abstract will. What follows, then, is that the popular consciousness simply rejects this reality and prefers to maintain the more flattering belief in the sovereignty of each and every citizen at all times. They prefer Jouvenel’s “fiction” of participatory command, which he called “an abandonment of the substance for the shadow.”

Needless to say, this puts the actual politician in a very awkward situation. He is no longer one of the statesmen of the old republics—he is simply an abstract expression of some vast and obscure volition. His purpose and orientation have been altered, even inverted, and in the process an age-old ideal has been lost.

The ideal I refer to is that of authentic “leadership.” One of the pitfalls of democracy is that, if we are not extremely careful, we will drive all leaders from our presence. Consider the fact that we rarely vote for men because we believe them to be wiser, stronger, and generally more virtuous than ourselves; instead we vote for men because we believe that they are exactly like ourselves. Although we may not state this explicitly, the truth of the claim is proven the first time our politician does something with which we disagree. When this happens, he is met with a resounding “How dare you!”

Therefore, it is evident that when we select a candidate for any office we are not selecting a leader—in fact we are not looking at character traits at all—we are merely selecting a mirror, and the man who can best function in that reflective capacity is the victor.

Unfortunately, since this requires the politician not only to try to “mirror” my desires, but also a thousand others, the one who wins is not simply a mirror, but a complex “prism” of sorts, attempting to “represent” a thousand wills at once. The last person he is actually allowed to be is himself. Needless to say, no authentic man—much less a great leader—would subject himself to such degradation. And yet we demand it of all politicians.

Take first the famous historian, Hilaire Belloc. In 1906 he ran for a seat in the English parliament. His opponent, knowing that Belloc was a devout Catholic and of French blood, made his slogan “Don’t vote for a Frenchman and a Catholic.” Belloc responded by standing up amidst his Protestant audience and saying:For those who still cannot see the problem, or who still believe that we do in fact vote authentic men into office, perhaps a comparison between two men of different nations and different times will suffice. I choose them not for their faith, but for the types of character they illustrate.

The audience erupted in applause, and Belloc won the seat. He overwhelmed the prejudices of his audience with his manly authenticity, and the people decided they would rather have a leader in office than a mirror.

Turn now to John F. Kennedy, also a Catholic, who found himself in an identical situation, speaking before a Protestant audience amidst a presidential campaign. His words, however, are somewhat different:

"I am not the Catholic candidate for president. I am the Democratic Party’s candidate for president, who happens also to be a Catholic. I do not speak for my church on public matters, and the church does not speak for me…Whatever issue may come before me as president—on birth control, divorce, censorship, gambling or any other subject—I will make my decision…in accordance with what my conscience tells me to be the national interest, and without regard to outside religious pressures or dictates."

Between these two men we see a profound difference of attitudes in regard to the candidates, as well as within the voters themselves. Belloc would not compromise his honor to win a vote, and his voters loved him for it. Kennedy, on the other hand, apparently felt that he could not enter office at all without first swearing an “oath of inauthenticity,” pretending to leave his faith on the White House lawn.

This should tell us something about our politicians, but it should also tell us much about ourselves and what we have to come to demand of our so-called leaders. We have, in a very real sense, created a special breed of hypocrite. We have systemically excluded the possibility of any real leader winning an office, because a real leader could never transform himself into the representative “prism” of pretence and hypocrisy that the office now requires.

The result? In the words of C.S. Lewis: “We make men without chests and expect of them virtue and enterprise. We laugh at honour and are shocked to find traitors in our midst. We castrate and bid the geldings be fruitful.”