How Do You Solve a (Liturgical) Problem Like Maria? 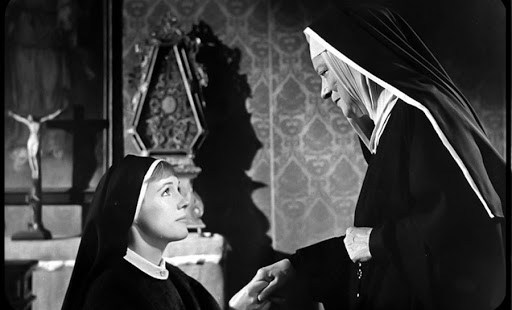 If beauty and formality tells us “this matters,” its absence tells us that “this doesn’t.”

The first time I realized a church could be beautiful was when I first watched Home Alone.

Halfway through the 1990 film, young Macaulay Caulkin seeks shelter from pursuing ruffians in the darkened sanctuary of an old Episcopal church. As he enters, a children’s choir sings “O Holy Night”; candles flicker in the sanctuary. As I watched, I gasped. I attended Sunday services in an evangelical megachurch that had once been a supermarket. I had never seen such things as these. Sweeping archways, abundant stained glass, statues—even the deep red of the choir robes astounded me. Here in abundance was something utterly missing from the church I had known: beauty.

Elaborate houses of worship are not currently en vogue. This summer, when a woman heard my husband was an Orthodox Christian, she shook her head. She had visited an Orthodox church recently and didn’t approve. “All those hand-painted icons and gold leaf,” she said. “It must have been so expensive.” She’d heard of a church that had sold all of its worldly trappings (including the building) and moved to a much humbler abode, giving the surplus funds to the poor. This, she thought, was the Christian thing to do.

Nobly intended, this attitude is one found all too often in modern Protestant circles: that our physical places of worship do not matter, and that religious symbolism is anathema, to be avoided at all costs. In college, I attended an emergent church that, after moving into an old Reformed building, took down the wooden cross that had hung in the sanctuary. Its crime? Being “too religious.”
This ideology often trickles down to matters liturgical as well. What’s the point of all this formality? Why bother with candles and incense and vestments? At the same emergent church, the pastor once strode onto the stage in a cardinal-red Reformed clergy robe—much to the amusement of his parishioners. A PowerPoint presentation paraded more formal ministers in various forms of vestmental pageantry. “Isn’t this ridiculous?” he said. “These people can’t experience God without fancy robes!”

These words could have come from the mouth of a teenaged Maria von Trapp, who, after rejecting Catholicism in her teens, organized a club in college to pull as many as she could from their flock. She, too, chastised the liturgically-minded for their reliance on candles and incense and vestments. Anyone who needed such things to connect to God, she reasoned, was truly weak in faith.

But, we know how the rest of Maria’s story goes: Not only did she return to the church, she became a novice, dedicating herself to serving God. After marrying Baron Georg von Trapp, she experienced Holy Week with a family of her own. The wonder of this experience led her to lament those who have no access to such things:

"…They have dispensed with the liturgy. They don’t want any distracting ceremonies, no incense, no vestments, no music, no pictures and images, not even sacraments—only the service of the spirit.

The trouble is, however, that as long as we live here on earth, we simply
are not spirits, but we have also a body, a very human heart; and this heart needs outward signs of its inward affections."

Matter matters. The Incarnation teaches us that it can even be sacred. This would not have been a new concept to the Hebrews, who had the benefit of the Holy of Holies and the Ark of the Covenant. But for those of us living in today’s throwaway world, where most of that which is not virtual is easily disposable, the concept of sacredness—of a place, a presence, a material thing—is novel indeed. Sacred places are hard to find.