Doctor Warns of ‘Utilitarian’ Anthropology in Care of Elderly 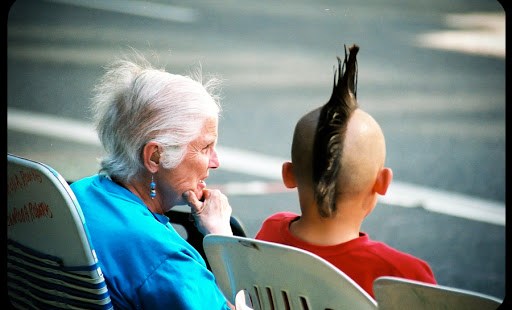 A Swiss doctor speaks of the world’s increasing elderly population, noting the importance of upholding human dignity in the treatment of common diseases.

During a conference for health care workers, a Swiss doctor spoke of the world’s increasing elderly population, noting the importance of upholding human dignity in the treatment of common diseases.

Doctor Ritter, an M.D. from Lausanne University in Switzerland and who holds a Ph.D. from the LSU Medical Center in Shreveport, La., is present in Rome with numerous other professionals in the field for a Nov. 21 – Nov. 23 conference discussing proper methods of care for the aged.

Ritter, who is currently working as a doctor and professor at the University of Munich and teaching at a nearby hospital, gave a talk during the conference addressing the topic of finding a "sustainable concept for the care of elderly people with neurodegenerative disease."

Finding a "sustainable" solution to providing healthcare for each of the elderly in an aging population, Ritter admitted, "is not an easy question."

"It seems almost impossible with an elderly society, with an increasing number of neurodegenerative diseases to come up with a sustainable solution," he explained, however “the Christian anthropologic view is the basis.”

This view he urged, "has to be the basis, is the only basis to come about with a sustainable solution."

Addressing the fact that elderly who suffer from various illnesses are often euthanized, the doctor observed that "if you look at the current situation, then it seems that euthanasia is the only option because we are looking at a utilitarian, materialistic anthropologic view."

"This is a view that gives human dignity only to people that contribute to society and people that can defend their needs."

Ritter went on to say that often when we see the aged, particularly those with a neurodegenerative disease, "you of course see immediately that this is a person that cannot add something to the society."

With this approach, he highlighted that the person "would inevitably lose" their dignity, adding that "with that kind of anthropologic view, an elderly person has to leave society."

In order to find a "sustainable solution," the doctor pointed to "the Christian view," which understands that "man is an image of God."

"It may actually be an anthropologic view that turns things a little bit around," Ritter explained, adding  that "now the elderly, sick person gives us a chance to bring a new meaning into the life of the care, the health care, giver."

In a Nov. 22 video message to the participants in the four-day Festival of Catholic Social Doctrine taking place this week in Verona, Italy, Pope Francis also spoke of the importance of upholding the dignity of those who are often seen without value in society.

"Today" he stated in the video, "the young and the old are considered disposable because they don’t respond to the productive logic in a functionalistic view of society."

"They don’t respond to any useful criteria for investment," continued the pontiff, adding that "in the market economy, they are not suited for production."

However, he stressed that "we should not forget that the young and the old bring, each one, a great richness: both are the future of the people."

Pope Francis went on to explain that the Social Doctrine of the Church "contains a wealth of reflections and hopes which are capable, even today, of guiding people and keeping them free."

"It requires courage, thought and the strength of faith to be inside of the market, guided by a conscience that is centered on the dignity of the person, not the ideology of money."