The Cosmic Struggle Between Darkness and Light 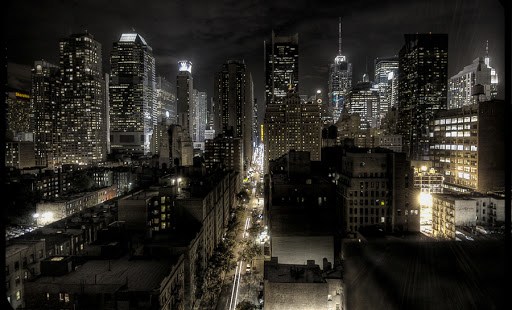 Pope Francis recently referred to the dystopian novel ‘The Lord of the World’ by Robert Hugh Benson, saying Christians must not compromise with the world.

In a recent homily, Pope Francis warned the faithful against what he described as a “globalized uniformity,” which is the result of secular worldliness. The website Rome Reports quotes him: “[T]he people of God prefer to distance themselves from the Lord in favour of worldly proposals. … Worldliness is the root of evil, and it can lead us to abandon our traditions and negotiate our loyalty to God, who is always faithful. This is called apostasy, which he said is a form of ‘adultery’ that takes place when we negotiate the essence of our being: loyalty to the Lord.”

Later in the homily, he referred to a modern English novel, The Lord of the World. Written by Robert Hugh Benson in 1907, The Lord of the World is considered the first novel in a genre known as dystopia, in which a disastrous and demonic future of the world is envisioned. It was followed by the classics 1984 and Brave New World. C. S. Lewis’s That Hideous Strength echoes the dystopic vision, as have the books of novelist Michael O’Brien and numerous films and televisions shows.

Some commentators believe this is one of Pope Francis’s favorite books. If so, it is worth a closer look. The author Robert Hugh Benson was a remarkable figure from an illustrious family. His father was the Archbishop of Canterbury, and his brother the well-known writer, E. F. Benson. Another brother wrote the words to the patriotic English anthem, Land of Hope and Glory. Benson was ordained as an Anglican priest, but converted to the Catholic Church and was ordained as a Catholic priest in 1904. His novel, Lord of the World, fell out of fashion for a time, but is increasingly popular because of its uncanny predictions of the future and the direction of the world in our own times.

The novel is set in an imaginary future where the world is governed by a global socialist, secular state. The one world state has introduced Esperanto as the global language. Religion has been ignored and repressed as outdated and irrelevant. The population exists in a grey, monotonous world with no hope. Euthanasia is legal and practiced widely. The Catholic Church has been repressed, and the whole world has swallowed the religion of humanism. Churches are requisitioned and turned into Masonic temples, and the Catholics are few and far between.

That Pope Francis not only has read Benson’s The Lord of the World, but refers to the book in homilies indicates an awareness on his part of the cosmic struggle that exists between the powers of darkness and light. It is interesting how often this Pope refers to the devil, and in the homily in question he said the seduction of Christians to the way of the world rather than the way of the Lord was the work of the devil.

A book like The Lord of the World reminds one of the words of Bl. Pope John Paul II. In a speech to American bishops in 1976 he said, “We are now standing in the face of the greatest historical confrontation humanity has ever experienced. I do not think the wide circle of the American Society, or the wide circle of the Christian community realizes this fully. We are now facing the final confrontation between the Church and the anti-church, between the Gospel and the anti-gospel, between Christ and the antichrist. This confrontation lies within the plans of Divine Providence. It is therefore, in God’s plan, and it must be a trial which the Church must take up and face courageously.”

Then in 1980, he commented, “We must prepare ourselves to suffer great trials before long, such as will demand of us a disposition to give up even life, and a total dedication to Christ and for Christ. … With your and my prayer it is possible to mitigate this tribulation, but it is no longer possible to avert it, because only thus can the Church be effectively renewed. How many times has the renewal of the Church sprung from blood! This time, too, it will not be otherwise. We must be strong and prepared, and trust in Christ and his Mother, and be very, very assiduous in praying the Rosary.”

In continuity with his saintly predecessor, Pope Francis sees the storm clouds on the horizon and calls the faithful to stand firm. As Advent approaches, we should be reminded once more, as the first Pope preached, to “be alert for our adversary, the devil, who like a roaring lion prowls about, seeking whom he may devour” (I Peter 5:8).

Fr Dwight Longenecker’s latest book, The Romance of Religion, will be published in February by Thomas Nelson. Visit his blog, browse his books, and be in touch at dwightlongenecker.com.