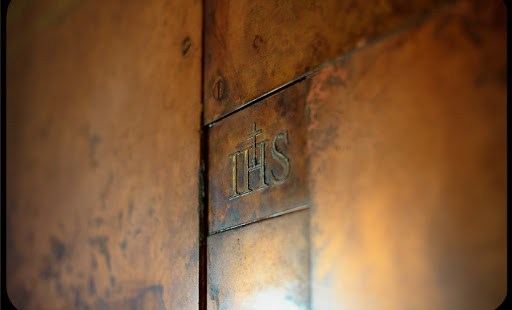 According to “The American Spectator,” the Society of Jesus is experiencing a demographic free fall with declining ordinations.

The Society of Jesus is imploding. According to The American Spectator, the order is in a demographic free fall with declining ordinations and former Jesuits outnumbering active Jesuits in the United States.

George Neumayr, who co-authored with Phyllis Schlafly the new book, “No Higher Power: Obama's War on Religious Freedom,” wrote that he believes that many of the Jesuits, especially in the United States, have veered so far from their original mission, that if St. Ignatius of Loyola were alive today, the Jesuit order wouldn't ordain him.

The order is in the throes of a collapse as historically significant as its suppression in 1773. This disintegration, known to traditional Catholics for years (and to bishops too cowardly to stifle its corruption), is now even admitted by liberal pundits. Garry Wills' article about the book "Passionate Uncertainty: Inside the American Jesuits" appears in the New York Review of Books under the title, "Jesuits in Disarray. "Jonathan Kirsch, a Los Angeles Times reviewer of the same book, notes that the order is in demographic free fall: "former Jesuits now outnumber active Jesuits in the United States."
Meanwhile, traditional Jesuits who stay and seek to recover the order's original spark find themselves in exile. The office for the Jesuit Province in California confirmed to TAP that {the Rev.] Joseph Fessio, the prolific San Francisco Jesuit publisher of orthodox books and publications, has been ordered to leave San Francisco for a new assignment, effective in May, at an obscure Catholic hospital in Duarte, California. Fessio's banishment coincides with his recent announcement to start a traditional Catholic school called Campion College next door to the openly dissenting Jesuit University of San Francisco, a school which in recent years has advertised such pagan oddities as a "Lesbian, Gay, Bisexual and Transgender Student Alliance."

Other studies support the premise that the Jesuits in the U.S. are disappearing. According to The Center for Applied Research in the Apostolate, while the number of Jesuits worldwide remains fairly consistent, since 1965 there has been a rapid decline each year resulting in about half the number of Jesuits as there was 45 years ago.

The Jesuits of old, and many saintly Jesuits today, have inspired conversions and some of the best Catholic education, which I hoped in vain to experience at my own alma mater.  But so much has been lost since the 1960s, willingly and wastefully.  Saint Ignatius Loyola, prayfor us!