Do Not Be Robbed of the Joy of Evangelization, Pope Francis Says in ‘Evangelii Gaudium’ 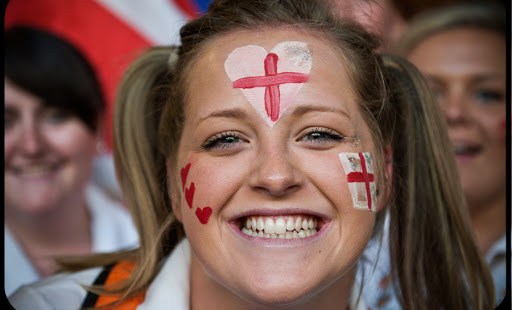 In his first Apostolic Exhortation, Pope Francis covers a wide range of issues all related to the importance of evangelization on the modern world.

In his first apostolic exhortation, “The Joy of the Gospel,” Pope Francis urged the Christian faithful to begin “a new chapter of evangelization,” marked by the joy that is “constantly born anew” with Christ.

“The Joy of the Gospel fills the hearts and lives of all who encounter Jesus,” the Pope wrote, inviting Christians to “a renewed personal encounter with Jesus Christ.”

The apostolic exhortation, also known as “Evangelii Gaudium,” is the fruit of the 2012 bishops' synod on the new evangelization, which was held as part of the Year of Faith. Released Nov. 26, the papal document stressed the need for Christian joy.

“There are Christians whose lives seem like Lent without Easter,” the Pope said. Despite different ways of expressing joy and the difficulties of experiencing joy in suffering, he said, we must all allow joy to be part of our lives.

At the core of preaching is “the God who revealed his immense love in the crucified and risen Christ,” the Holy Father explained. Christians should appear not as someone seeming to solely impose new obligations, but as those “who wish to share their joy, who point to a horizon of beauty and who invite others to a delicious banquet.”

Examining challenges to evangelization including relativism and secularization, Pope Francis observed a “profound cultural crisis” in marriage and the family, which is the “fundamental cell of society.”

The Pontiff rejected “an economy of exclusion and inequality,” which marginalizes people and treats them as disposable. Money has become an idol in the modern culture of indifference, he said, stressing the need for human-centered ethics in the financial system.

Furthermore, the Pope encouraged pastoral workers to see their faith as tied integrally to their identity, and to embrace a missionary spirituality without selfishness, sloth or pessimism. He discouraged worldliness as well as warring among different groups within the Church.

He recognized the important role of the laity in the Church, particularly noting the unique gifts of women, while affirming the male priesthood.

Turning to the call of every Christian to evangelize, Pope Francis acknowledged the necessity of explicitly proclaiming Christ as Lord.

He assured that “cultural diversity is not a threat to Church unity,” and explained that unity “is never uniformity, but a multifaceted and inviting harmony.” He rejected the imposition of a “specific cultural form” accompanying evangelization, preferring rather that each culture retain their expressions, while being renewed by the “transcultural” content of the Gospel.

The Roman Pontiff discussed the importance of the homily as the “supreme moment” of dialogue between God and his people. Homilies “should be brief and avoid taking on the semblance of a speech or a lecture,” but should instead be a heart-to-heart conversation between the Father and his children, addressing the needs that are truly part of their lives.

Homilies should be prepared with “a prolonged time of study, prayer, reflection and pastoral creativity,” he said, and preachers should themselves be transformed by the text. He also advised the use of images, a simple vocabulary, clarity of message, and a focus on being positive.

All Christian formation must begin with an emphasis on God’s saving love before proclaiming moral obligations and doctrines, the Pope stated. Evangelization must be alluring, using the “way of beauty” and showing the attractiveness of the moral life.

In addition, there is a need for patience, as well as “respectful and compassionate listening” as a key component of evangelization, he explained.

“The Gospel tells us to correct others and to help them to grow on the basis of a recognition of the objective evil of their actions, but without making judgments about their responsibility and culpability … our personal experience of being accompanied and assisted, and of openness to those who accompany us, will teach us to be patient and compassionate with others, and to find the right way to gain their trust, their openness and their readiness to grow.”

In addition, Pope Francis pointed to a “profound connection between evangelization and human advancement,” saying that the “Gospel is not merely about our personal relationship with God” but rather that it includes clear social content.

He emphasized that religion cannot be “restricted to the private sphere,” but is concerned with society, since “all Christians … are called to show concern for the building of a better world.”

The Pontiff highlighted the preferential option for the poor, which “is primarily a theological category rather than a cultural, sociological, political or philosophical one,” and is a reflection of mercy.

Rather than any ideology, the “authentic option for the poor” is based on love of the poor person precisely as a person, he said, adding that “this is why I want a Church which is poor and for the poor. They have much to teach us. Not only do they share in the sensus fidei, but in their difficulties they know the suffering Christ. We need to let ourselves be evangelized by them.”

The Bishop of Rome called everyone to have this closeness to the poor, shown through concrete action. No one is exempt because they have to give their attention elsewhere, he said.

“I fear that these words too may give rise to commentary or discussion with no real practical effect,” he lamented.

The Pope examined economic policies, saying welfare projects are “merely temporary responses,” and that we should “reject the absolute autonomy of markets.”

“The dignity of each human person and the pursuit of the common good are concerns which ought to shape all economic policies,” he stressed.

The Roman Pontiff advocated a “better distribution of income,” while being “far from proposing an irresponsible populism.” He recalled both the universal destination of goods and that “the private ownership of goods is justified by the need to protect and increase them, so that they can better serve the common good.”

“(F)or this reason, solidarity must be lived as the decision to restore to the poor what belongs to them.”

Pope Francis also mentioned a need to care especially for the human dignity of migrants, trafficked persons and the unborn. He emphasized that the Church's teaching on abortion “is not something subject to alleged reforms … it is not 'progressive' to try to resolve problems by eliminating a human life,” while at the same time acknowledging that more needs to be done to accompany women in crisis pregnancies.

As it pursues human development and the common good, the Church must dialogue with states and cultures, proposing the fundamental values of human life, and the harmony between faith and reason, he said.

Religious liberty is important, he added, and society should not reduce religions “to the quiet obscurity of the individual’s conscience or to relegate them to the enclosed precincts of churches, synagogues or mosques. This would represent, in effect, a new form of discrimination and authoritarianism.”

Pope Francis concluded his exhortation with a call to be missionaries, motivated by love. He turned to the Blessed Mother, noting that her “interplay of justice and tenderness, of contemplation and concern for others, is what makes the ecclesial community look to Mary as a model of evangelization.”