J.F.K., Edited: What He Should Have Said About His Religion 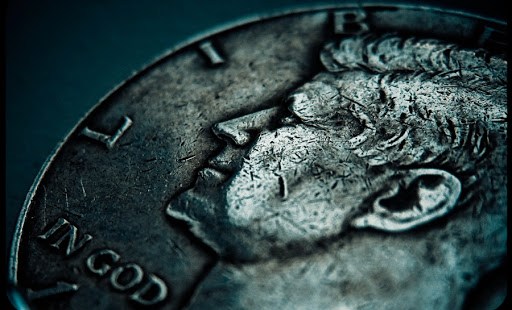 It’s too bad he insisted on hard secularism, because the very Catholic tradition he sidelined had the resources he needed to respond to this Protestant critics.

Last week, we marked the fiftieth anniversary of the traumatic public murder of John F. Kennedy, a killing that helped mark the end of an era of civility and optimism in American public life. As presidents go, his achievements were rather modest, and it was left to his successor, Lyndon Johnson, to advance a broad-based agenda of liberal, activist government at home, and aggressive U.S. intervention abroad. But Kennedy did leave a legacy – especially for Catholics, as Archbishop Charles Chaput pointed out in his insightful book, Render Unto Caesar. In the course of running for president, Kennedy had to address the deep suspicion many American Protestants felt toward a Church that (as they’d been taught) had persecuted their ancestors, and which as of 1959 still clung to a Counter-Reformation policy that inspired Catholic states. Think of Franco’s Spain, which heavily favored Catholics and restricted the public practice of any other faith.  Kennedy could have presented a vision of Catholics in public life inspired by the writings of John Courtney Murray, whose vision of Catholics competing fairly in the market of public opinion inside a free, faith-friendly society helped shape the Church’s document Dignitatis Humanæ, which affirmed that human beings enjoy a freedom of conscience which the State has no right to unduly restrict. Murray’s writing, especially his brilliant manifesto We Hold These Truths, saw the Church’s role in a pluralistic society as one of tutor and advisor, an advocate of the truths of Natural Law, which believers and non-believers alike can discover by reason alone.

The Natural Law alone, and not revelations public or private, ought to be the standard by which we judge policy and law. As St. Thomas Aquinas taught, within the bounds of Natural Law, we must also consider how prudent it is in a given circumstance to attempt to legislate. It would not be wise to punish every sin against the Natural Law when doing so would injure other vital goods. Here’s an example: We can know the existence of God by reason alone; hence, to raise one’s children as atheists flies in the face of the Natural Law.  But no decent person would want the State to deprive atheists of their children, for that would violate an even more deeply rooted good: the integrity of the family. And so on. Our consideration of how to advocate for the Natural Law must be informed by our cultural context, and the dangers of overweening government power. This tradition of American Catholic thinking was carried on by worthies such as Michael Novak, George Weigel, and later the Rev. Robert Sirico and Robert George. (I was privileged to edit the best recent restatement and refinement of this position, Tea Party Catholic, by Samuel Gregg of the Acton Institute.)

But Kennedy said something quite different from John Courtney Murray, and adopted a vision of church-state separation that was, in fact, quite un-American, drawn not from almost two centuries of Yankee jurisprudence based on the Common Law and Natural Law, but rather from the radical anti-clericalism and secularism that emerged in Enlightenment France, which led to the outright persecution of the Church in France in 1793 and again in 1905. The position which Kennedy adopted amounted to this: “I am a Catholic in the same sense that I am Irish, and it has as little to do with how I think or will legislate. It’s just a personal quirk, which I keep in a lockbox, along with those copies of Playboy.” Because of Kennedy’s charm, charisma, and virtual martyr status among American Catholics, this extreme secularist stance became a respectable, even mainstream position, giving political cover to two generations of pro-choice American Catholic politicians, from Mario Cuomo and Geraldine Ferraro in the 1980s to Joseph Biden and Nancy Pelosi today.