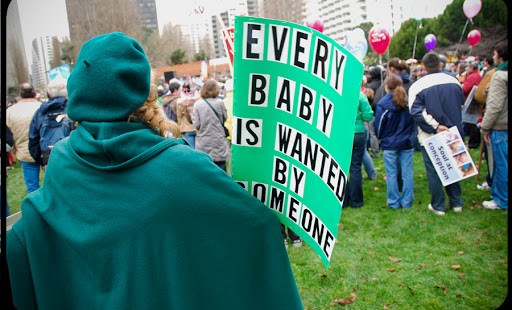 Pope Francis stresses in his first apostolic exhortation that the Church can never change its teaching on abortion, as it is part of a broader understanding of human dignity.

In his first apostolic exhortation, “The Joy of the Gospel,” Pope Francis explained that the Church can never change its teaching on abortion, which is part of a broader understanding of human dignity.

At the same time, he said in the document released Nov. 26, the Church must increase efforts to “accompany” women in difficult pregnancies.

“Precisely because this involves the internal consistency of our message about the value of the human person, the Church cannot be expected to change her position on this question,” the Pope said of abortion.

“I want to be completely honest in this regard. This is not something subject to alleged reforms or ‘modernizations.’ It is not ‘progressive’ to try to resolve problems by eliminating a human life.”

“On the other hand, it is also true that we have done little to adequately accompany women in very difficult situations, where abortion appears as a quick solution to their profound anguish, especially when the life developing within them is the result of rape or a situation of extreme poverty,” he continued.

The apostolic exhortation, also known by its Latin title “Evangelii Gaudium,” follows the 2012 bishops' synod on the new evangelization, which was held as part of the Year of Faith.

The Pope’s words on abortion came amid a broader set of comments on human rights. Discussing the need to show love for migrants, the poor and victims of human trafficking, he added that there is a need to show “particular love and concern” for “unborn children, the most defenseless and innocent among us.”

“Nowadays efforts are made to deny them their human dignity and to do with them whatever one pleases, taking their lives and passing laws preventing anyone from standing in the way of this,” he lamented.

While the Church’s defense of life is often presented as an “ideological, obscurantist and conservative” position, he said, “this defense of unborn life is closely linked to the defense of each and every other human right.”

“It involves the conviction that a human being is always sacred and inviolable, in any situation and at every stage of development.”

“Human beings are ends in themselves and never a means of resolving other problems,” Pope Francis stressed.

“Once this conviction disappears, so do solid and lasting foundations for the defense of human rights, which would always be subject to the passing whims of the powers that be.”