Support a FOCUS Missionary and Help Change the World 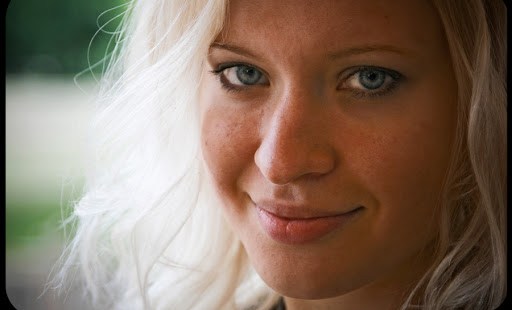 Started just 15 years ago, the Fellowship of Catholic University Students is already on 83 campuses, reaching thousands of students each year. By 2017, they want to be on 50 more campuses – but need your help to do it.

There’s a lot for U.S. Catholics to be thankful for at Thanksgiving 2013: seminaries that have turned the corner from the doldrums of the immediate past and are now full, or getting close; a reform of the liturgical reform that is bringing a new sense of the sacred back to Catholic worship; a pope who’s put a new face on the Church while holding fast to the Church’s settled teaching; the finest multimedia exposition of Catholic faith ever produced, Father Robert Barron’s “Catholicism” series; strong leadership from our bishops in meeting challenges to religious freedom and moral reality; a burgeoning men’s movement that draws thousands to witness for Christ; a new feminism that rejects a unisex approach to life and that is robustly pro-life.

And then there is FOCUS: the Fellowship of Catholic University Students. Founded by Curtis Martin 15 years ago at Benedictine College in Atchison, Kan., FOCUS’s genius is peer-to-peer evangelization and catechesis: FOCUS missionaries offer the Church two or more years of their lives after college graduation, returning to campus as agents of the New Evangelization after intensive training. The missionaries go with the approval of the local bishop and work with the already-established Newman Center or campus ministry—and support themselves by their own fundraising, making FOCUS a value-added addition to campuses large and small.

I’ve run into FOCUS missionaries on dozens of campuses in recent years and spoken to several of their regional jamborees, and I never come away from those encounters without having my own spiritual batteries recharged. (If you’ve never heard a FOCUS missionary, back home in Rapid City, S.D., tell tales of opening evangelical conversations in Harvard Yard by inviting the denizens of America’s oldest university to play Ultimate Frisbee, you haven’t explored the full range of the New Evangelization.) But don’t just take my word for it, when it comes to measuring FOCUS’s effectiveness; look at the numbers.

Hundreds of Catholic couples have found their vocation to marriage through FOCUS activities. Almost 300 young men have entered the seminary after getting involved with FOCUS, and over 100 FOCUS-influenced young women have entered religious life. And that’s just measuring by vocational choice.  How many thousands more have taken a FOCUS formation into business, the professions, and academic life? Many thousands, is a safe bet.

Curtis Martin and FOCUS are not resting on their laurels. On the contrary, in that spirit of “putting out into the deep” to which John Paul II called the Church at the end of the Great Jubilee of 2000, FOCUS’s strategic goal is to be present on 100 campuses in 2015 and 134 campuses in 2017, “growing” its corps of missionaries from 406 this year to 736 in four years’ time. Those 736 young missionaries, according to the strategic plan, will engage almost 21,000 students in 2017 and inspire in that year 157 religious vocations.

It’s all, ultimately, a work of the Holy Spirit. But if it’s true that we cannot service God and Mammon, it’s also true that serving God as FOCUS does requires resources, for FOCUS is determined to remain a value-added apostolate for dioceses and their campus ministries, not a burden to already-strapped local churches. Those now pondering their end-of-the-year charitable giving might well consider helping FOCUS (P.O. Box 33656, Denver, CO 80233) get to its goal of 100 campuses by 2015—an investment in the New Evangelization that, on past performance, promises a serious return.