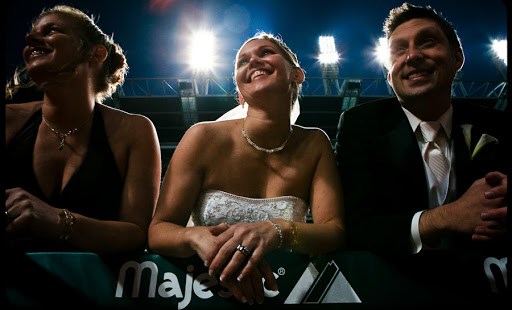 A Minnesotan diocese is beginning a year dedicated to a renewed appreciation and understanding of marriage.

In the wake of Minnesota legalizing same-sex marriage earlier in 2013, the Diocese of Crookston will begin a year dedicated to a renewed appreciation and a better understanding of the married life.

Amanda Zurface, the diocese's coordinator of Marriage, Family Life, and Evangelization, described the outreach as an “opportunity for many to heal from the difficulties and challenges of this past year.”

The 12-month initiative aims to help locals “grow, and even be challenged to better understand the truth, the joy and beauty of the meaning and importance of marriage, human sexuality and family life – all without a timeline to follow and a vote to be cast at the end,” she told CNA Nov. 19.

“I feel this year will truly provide opportunities for all of us; and for our hearts to be moved so as to arrive at a deeper understanding of God’s design for marriage, without having to worry about a vote, but about how to align the posture of our hearts and intellects with the Truth,” she noted.

Following its approval by the Minnesota legislature, a bill changing the legal definition of marriage to include same-sex couples was signed by Democratic Governor Mark Dayton into law on May 14 – making Minnesota the 12th state to redefine the institution.

Zurface explained that “A 'Year of Marriage' in the Diocese of Crookston was in the works before the traditional definition of marriage was officially being challenged in the State of Minnesota and before the legislation ever happened.”

Through a series of diocesan events including conferences, retreats, and increased prayer opportunities, Crookston’s Bishop Michael J. Hoeppner and the Office of the New Evangelization hope to offer “a creative and exciting way to provide a setting for the people to learn more deeply about God's design for marriage and family… and to do it together as a community.”

“We must emphasize in this moment that a political question can reduce marriage to something less than what it is, and the polls taken do not fully convey people's varying degrees of understanding for the dignity and essence of marriage.”

“It is our task as ‘Church’ to rebuild that,” she underscored.

Beyond a political framework, Zurface and her collaborators hope “to share the truth of marriage and to show that marriage reflects a very deep immutable reality.”

When asked what she believes the biggest obstacle to marriage is, Zurface spoke of the “need for a true understanding of masculinity and femininity both within marriage and outside of marriage.”

Additionally, she noted, there is a general “lack of preparation” for couples entering into the sacrament.

This year, the diocese hopes that people will start talking more about marriage. This means that even children will have a kind of “remote preparation” for successful relationships one day. It begins, says Zurface, “by teaching kids how to really love.”

“At the same time, this is an opportunity for us to talk about the deep, deep love and respect Christ and His Church has for all people, regardless of whether they are married, single, divorced, have same-sex attraction, experience sexual brokenness, and the list goes on,” she explained.

“This year provides us with an opportunity to discuss honestly how we are all called to approach our sexuality in virtuous ways.”

The Year of Marriage will begin on December 1 with a mass celebrated by Bishop Hoeppner, including the blessing of an original Byzantine Icon of the Holy Family written exclusively for the Diocese of Crookston's year-long celebration of Marriage.

Those who make a pilgrimage to the Cathedral within the Year so as to venerate the icon will receive a partial indulgence.

For couples preparing to be married, the diocese’s newly created Office of Marriage and Family Life is planning to enhance the formation currently offered.

Several retreats will be held throughout the year, including one for men entitled “Radiant Fatherhood” and another for married couples, “Blessed are the Married.”

Other events include presentations on topics like “7 Keys to a Holy, Healthy Marriage,” and “Paschal Suffering & the Sacrament of Marriage.”

Parishes and deaneries throughout the diocese will hold local events: Zurface and her co-workers plan to use social media like facebook and twitter as platforms for keeping people up-to-date on all the activities.

More information can be found at Crookston’s Year of Marriage website: http://www.crookston.org/yom/.