From Reagan to Ratzinger: Diagnosing the Root Cause of Subhumanism 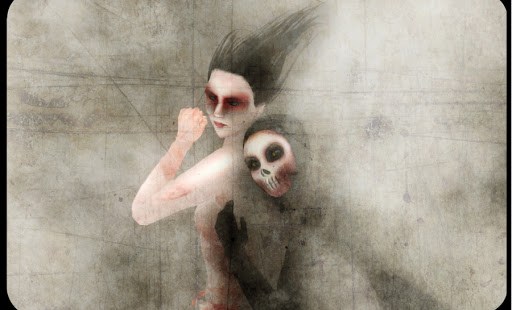 Both the former president and former pope knew that liberty, misconceived, leads men and women to self-hatred and the culture of death.

A once-controversial, now-beloved American president spoke out bluntly about the inexorable creep of Subhumanism only two years after taking office—though he didn’t use the word. Too few stalwarts in his political party, which still venerates his image, remember what Ronald Reagan wrote in 1983:

“Abortion concerns not just the unborn child, it concerns every one of us. The English poet, John Donne, wrote: ‘. . . any man’s death diminishes me, because I am involved in mankind; and therefore never send to know for whom the bell tolls; it tolls for thee.’

“We cannot diminish the value of one category of human life — the unborn — without diminishing the value of all human life. We saw tragic proof of this truism last year when the Indiana courts allowed the starvation death of ‘Baby Doe’ in Bloomington because the child had Down’s Syndrome….

“The real question today is not when human life begins, but,
What is the value of human life? The abortionist who reassembles the arms and legs of a tiny baby to make sure all its parts have been torn from its mother’s body can hardly doubt whether it is a human being. The real question for him and for all of us is whether that tiny human life has a God-given right to be protected by the law — the same right we have.”

How was it that such a fundamental right could be obscured?  Being brutally candid, we can say that such a forgetting was willful and conscious, an example of empathy failing in the face of selfish desires wrapped up in Utopian slogans: With the rise of contraception and the apparent defeat of “venereal diseases” by antibiotics, modern man (we choose that noun advisedly) saw the glimpse of a promised land of sexual freedom that had eluded wistful libertines throughout human history: Sex could be freed from its biological moorings and used as a pleasure balloon. Unhinged from commitments that outlast fleeting desire, unburdened by reproduction, without the ballast of guilt and shame, what advocates hopefully labeled “free love” could serve the cause of Progress, dissolving the unwanted social bonds and inherited social structures that the New Left saw as repressive: the nuclear family, the church, and “bourgeois” codes of behavior.

Indeed, in the 1960s there were relatively few student activists who were well-versed in Marx and Engels, or more than passingly interested in improving the lot of the “workers.” Instead, the New Left cannily channeled youthful rebellion toward the barriers to pleasure. The hard-won peace and prosperity that the World War II generation had scraped together from the rubble, amidst the graves of more than 60 million dead, seemed to prosperous young Westerners a mere entitlement of birth; few apart from reactionaries and churchmen thought to warn how fragile social order would prove when the acid of adolescent desire was applied to its bricks and mortar.

There was just one snake in the garden—the inconvenient fact that human beings are mammals, and reproduce the species through sexual intercourse. The human reproductive system is cunning, and over time will defeat most methods of contraception. (If your failure rate is “only” 10 percent, and you fool around for ten years…even Americans can do that kind of math.)  The result was that the rise of birth control was accompanied by an explosion of unwanted pregnancies—the increase of promiscuity always outracing the improvements in contraception. By the middle 1960s, the barrier to sexual liberation was no longer the tut-tutting of priests and prudes, or the fear of social disgrace, but a constant crop of squalling, unwanted infants. The progressive movement to free man from every obstacle to his desires was suddenly faced with a purely human obstacle—the reverence that pregnant women felt toward their very own unborn children.