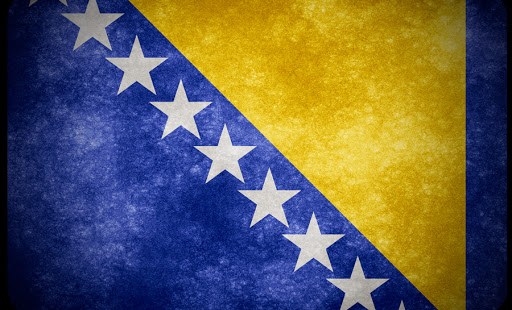 freestock.ca
Share
Print
Aid to the Church in Need - published on 12/03/13

Bishop Franjo Komarica explains the discrimination that Catholics face in Bosnia-Herzegovina, with many Catholics lacking status equal to Bosnians and Serbs.

The head of the Catholic bishops’ conference of Bosnia-Herzegovina has called on Western governments to pressure his country’s political leadership to grant equal rights to Catholics.

Bishop Franjo Komarica of Banja Luka told Catholic charity Aid to the Church in Need (ACN) that, barring fundamental changes, Catholic refugees from the Bosnian war, ethnic Croats, are not able to return to their home land.

Bosnia-Herzegovina’s government as well as that of the semi-autonomous region Republika Srpska have not yet granted Catholics a status equal to that of the two other main ethnic groups, Bosnians, or Bosniaks, who are Muslim; and Serbs, who are Eastern Orthodox.

“Catholic Croats have not received a cent from the funding provided thus far by the international community for the repatriation of refugees,” said Komarica.

Catholic returnees have "no guarantee for a sustainable return, no houses, no work, no electricity, no roads, no medical provision and no schools,” he said, adding that a Croatian name is often a handicap in looking for work.

In Croatia, the bishop noted, the refugees have held passports that make them citizens of the European Union, but in Bosnia-Herzegovina “they are citizens with no established rights.”

“For many of the disenfranchised Croatian Catholics, especially in the entity of Republika Srpska, hardly any of the local politicians take up their cause,” said Komarica, though recently some pledges have been made to the contrary.

The bishop expressed concern that the country’s instability will be a barrier to the foreign investment needed to get the economy on its feet.

"This country, which was divided unnaturally and unjustly into two by the Dayton Accords in 1995, is sinking into social and political chaos,” he warned.

He also spoke of a “betrayal of European values and principles, a failure to comply with international agreements and a disgrace both for the domestic politicians as well as the international politicians who are responsible for Bosnia and Herzegovina.”

Komarica reiterated past demands made by the Catholic Church that "Croatian Catholics must finally be put on an equal footing with the other two ethnic groups.”

“They must be allowed to return from abroad and possibilities must be created for them to build up a life in their hometowns."

For its part, the country’s Catholic Church, he stressed, had been attempting for years to contribute to social and political harmony in the country through social and educational projects.

According to the Catholic Church, only slightly more than half of the 835,000 Catholics who had been living in Bosnia-Herzegovina prior to the civil war are living their today.

In Republika Srpska, the pre-conflict Catholic population of some 220,000 has fallen to 11,500 today.

Last October, the first census in 22 years was held. Unofficial estimates hold that Catholics today make up 10 percent of the overall population.

Originally published by Aid to the Church in Need on 2 December 2013.