Cardinal Dolan: Church Has Been ‘Caricatured’ As Anti-Gay 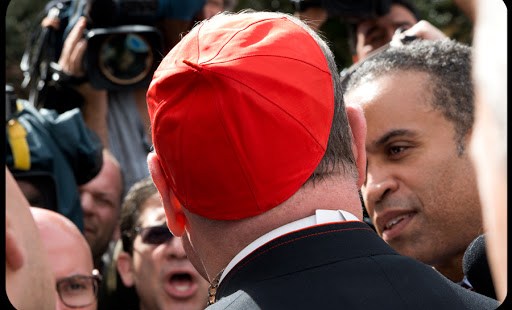 Cardinal Dolan of New York recently said that the Catholic Church has been caricatured by society as being anti-gay, which is misleading of the Church’s beliefs.

Cardinal Timothy M. Dolan of New York said he thinks the Catholic Church has been “out-marketed” in the public discussion of marriage, giving a misleading representation of the Church’s beliefs.

The cardinal lamented the “stampede” to implement same-sex marriage, saying he wished it were not the case. Regardless of the culture, however, the Catholic Church is “not going to give up” on the issue.

He noted that change in a positive direction has proven possible on other controversial issues, such as abortion.

The 1973 Supreme Court decision that allowed for legal abortion nationwide prompted many to believe abortion was an issue that was “going to go away,” he said.

“To this day, it remains probably the most divisive issue in American politics,” he continued. However, it is now clear that there are “changing attitudes” on abortion and the pro-life message is reaching young people.

When “Meet the Press” host David Gregory asked the cardinal whether he thinks the marriage debate is over, he replied: “I don't think it's over. No.”

Cardinal Dolan also reflected on the papacy of Pope Francis.

He said that the Pope represents a change of “tone” and “strategy.” While a Pope cannot make doctrinal changes, he can change the manner in which the faith is presented.

The cardinal said he gave the Holy Father “a standing ovation” for criticizing an approach to the faith that focuses only on issues like abortion, “gay marriage” and contraception.

“I don’t know if it’s so much the Church is obsessed with that, it’s the world that’s obsessed with those things,” Cardinal Dolan noted, adding that it is “rare” for him to preach on these issues.

He emphasized that in his view, Pope Francis is saying “First things first. First let’s talk about God, about his mercy, about his love, about his forgiveness, about his invitation, about his embrace, about his promise of life eternal through his son Jesus. You talk about that, and then morals, doctrine, that will fall into place.”

The Pope has reminded Catholics of the “latitude of Catholic beliefs and Catholic principles,” he explained.

“That is as strong and as cogent a moral imperative as anything else.”

The New York cardinal reflected on the popularity of Pope Francis, noting that many people now stop him to express their love for the Holy Father.

“I think Jesus is coming to us as Catholics, and again to the world through the humanity, the simplicity, the sincerity, of Pope Francis,” he said.