The Social Cost of No Siblings 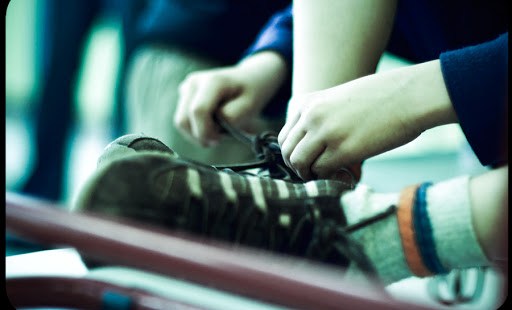 Researchers are coming to realize the wide-ranging effects of a generation without siblings.

It was recently announced that China’s one child policy will be relaxed.  Families are to be allowed a second child if at least one parent is an only child. Currently, only families with two only-child parents are allowed to have two babies.

However, the effect of the unprecedented family experiment that began in 1979 remains unknown.  Before that time Chinese families had an average of four children each, and more and more information is coming to light about the effect of unnaturally limiting families.

At first the rules were a major adjustment, but now having only one child has become culturally engrained.  This means that a majority might not choose to have more children even if they are allowed to, putting China’s fertility rate well below replacement rate.  That raises the question of whether discrimination against girls will also continue well into the future.  More practically there is the problem of affording a second child given that education costs soared after the introduction of the policy.  The perceived cost of raising a child has also become much greater given the precedent set by what families were able to afford for their only child ‘little emperors’.

Sociologist Vanessa Fong of Amherst College in Massachusetts has followed a group of 2,273 Chinese "singletons" since 1998. Every year, she interviews and surveys between 600 and 1,300 of the original group so she can track how their lives are affected by growing up without siblings.  Fong explains from her findings:

"Every family suddenly had a huge amount of discretionary income to invest in education and also in consumption. The resources that had been spread among several children in past generations were now focused on one child."

Perhaps more disturbing though are the changes to the Chinese personality and the realisation of just what a generation of children missed out on as a result of the policy.  Fong found that even the concept of having a sibling was unknown to many of China’s younger generation.  Some children had simply never encountered genetic siblings.

She found that some were happy having all of their parents love and felt that they wouldn’t want a sibling.  Others felt that all the responsibility for looking after their parents and fulfilling their expectations had limited their lives.  They had to live close to their parents rather than travelling, and choose a well-paid respected job, rather than following what they might have otherwise been interested in.  All their parent’s money, focus and expectation was on them all of the time.

We have discussed before a study conducted earlier this year that found that Chinese only children exhibited a wide range of social behaviors not typically found in children with siblings. Researchers from Monash University and the University of Melbourne found that one-child policy children were, on the whole, less trusting, less trustworthy, more risk-averse, less competitive, more pessimistic, and less conscientious individuals.  Professor Lisa Cameron said the following in a statement:

“We found that greater exposure to other children in childhood — for example, frequent interactions with cousins and/or attending childcare — was not a substitute for having siblings.”

Prior studies have also found that having siblings reduces the risk of divorce later in life.

Children born in the later stages of the one-child policy may portray even greater differences from the children that came before them.  Those born in the 1970s and 1980s were usually still surrounded by large extended families, while those born later and further into the policy typically have parents who were single children themselves. With fewer cousins, aunts and uncles to interact with, children were growing up in even smaller families than before.

It looks like China’s control of families won’t be completely scrapped for years to come, but it may be sooner rather than later as people come to a greater understanding of  the social problems of such an experiment.  At what cost must having less people come – every child being less happy and well-rounded than they otherwise would have been?  That is a high price to pay.

Originally published by MercatorNet on 4 December 2013.