Blame the Left for Political Gridlock 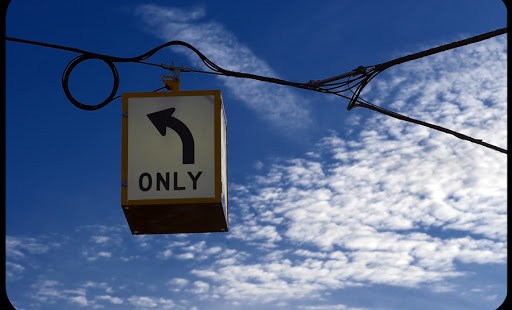 Ideological positions have hardened a great deal in the last few decades, and it’s led Democrats to insist on programs even though they’ve been shown to fail in the past.

Many people complain about the “gridlock” in Washington and about how the two parties need to work together, compromise, and come to agreement about things. They decry the lack of bipartisanship. What they don’t realize is that the main culprit in this is the political left, which has gained almost complete control over the Democratic party (a development that began over forty years ago). It is the left that typically refuses to compromise, as the continuing struggle over Obamacare has made evident.

With the secularization of liberalism, which began in earnest in the 1960s, the battle lines became increasingly rigid on cultural issues like abortion, feminism, and separation of church and state. Now, we increasingly see the same kind of “no-compromise” stance by the left on economics and social welfare programs, like Obamacare, which by their nature are more given to compromise. The left seems unmoved by facts suggesting the error of their positions or evidence of the poor record and even counterproductive results of big-government, welfare-statist schemes—even if that evidence has been clear since the last massive leftist programmatic offensive, the Great Society. An ideological vision—based much on abstraction—is what now drives the left. Come “hell or high water” it will not be dislodged from it.

Dexter Duggan in The Wanderer a few months ago mentioned how a disillusioned, well-meaning long-time Democratic activist in Arizona, where he writes from, left the party and became an independent. She concluded that the Democrats “put ideology before people.” The left has embraced something like the doctrine of “socialist truth” under communism. It was not truth at all, as communism at its core was utterly relativistic. Socialist truth was whatever would further the cause of revolution. Now, it’s imperative to achieve whatever advances the cause of social democracy or welfare-statism or the managed state, or whatever it’s to be called—whose reach since the 1960s has kept expanding into more and more areas of people’s lives.

Today’s leftism doesn’t like compromising because it would stymie enactment of a broad-based “progressive” agenda built upon a view it has—not necessarily as well-developed and tightly formulated as that of the Marxist ideologue, but one which it is every bit as devoted to—of a remade society. It is basically a gnostic conception. The ideas are generated by different elements of a social and cultural—and, increasingly, economic—elite, only loosely connected, but with a common world-view, and whose members tend to fall in line with the specific positions and policy schemes that start to gain traction among their cohort. They are in the opinion-making strata—in politics, the academy and even the higher levels of pre-college education, the media, the leadership ranks of major institutions (like the government bureaucracy, labor unions, big corporations, the leading non-profit entities and certain think-tanks, and the entertainment industry)—and believe themselves to know better than the average citizen, whose lives they seek to regiment in the interest of fashioning their new world. This is so even though they often lack experience in the very areas they seek to change—like the Obamaites with health care—or have a very superficial understanding of the large questions they seek to pronounce on.

This makes one realize the folly of lamenting about gridlock or of instinctively preening about bipartisanship. There is one response to bad ideas: opposition. While moderation is the essence of a healthy political order and compromise is the lifeblood of politics, that doesn’t mean that everything is to be accommodated. While serious Catholics understand that there cannot be a policy common ground on such questions as abortion, euthanasia, and legitimizing sodomy and same-sex “marriage,” one also can’t reconcile oneself to social-welfare schemes that go beyond rightful roles for government or help construct the paternalistic state. This should be increasingly evident when one looks back on the history of the advancement of leftism in America since the 1930s. Accommodation—say, of the Republicans on Capitol Hill with the Democrats—too often has signaled simply an acceptance piece-by-piece of the leftist agenda as it tries to gradually—and, to be sure, somewhat haphazardly—build its new world. The prudent public official or legislator has to look at this and wonder if this has been reasonable compromise or incremental capitulation.