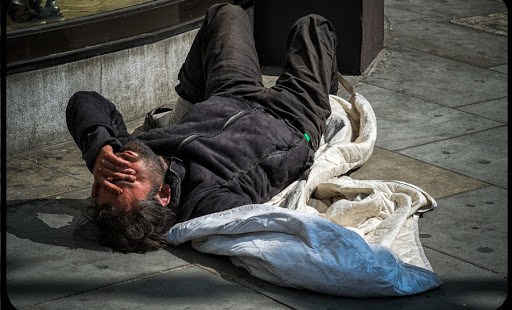 Archbishop Lori of Baltimore explains that imposing upon religious liberty harms groups that work for social justice and serving the poor.

Religious freedom is an important component in aiding those in need, and imposing upon religious liberty harms groups that work for social justice, said Archbishop William E. Lori of Baltimore.

“As we seek to meet the immediate needs of the poor and vulnerable and as we engage in efforts to promote authentic human development, we do no one a favor by compromising religious freedom,” Archbishop Lori said during a Nov. 29 talk.

It is the poor who will ultimately suffer, he said, if the faithful accept “the creation of a society where more and more the government can privatize religious faith or otherwise discourage it by promoting an overarching and aggressive secularism.”

Archbishop Lori spoke on “The Defense of Religious Liberty and Service to the Poor” at Our Lady of Perpetual Help Parish, in New Albany, Ind., which was his childhood parish.

In his address, the archbishop observed a connection between religious liberty and the Christian call to serve those in need.

Pope Francis has reminded Catholics “that serving the poor goes to the heart of evangelization, the Church’s mission of spreading the Gospel,” he said.

However, free exercise of religion is critical for faith-based groups and individuals to be able to carry out their work to aid the poor and vulnerable, he explained. When religious liberty is attacked, the ability of religion to serve the poor is also threatened.

Today in the United States, the archbishop said, the federal HHS mandate threatens both religious freedom and the Church’s ability to serve the poor. The mandate requires employers to offer health insurance plans that cover contraception, sterilization and some early abortion drugs, even if doing so violates their religious beliefs.

“No one concerned about the Church’s mission – a mission to proclaim and act upon the Gospel ‘in its entirety’, as Pope Francis has said – thinks this mandate is a good thing,” Archbishop Lori reflected.

He explained that the mandate threatens the continued existence of Catholic hospitals, schools and charitable agencies, and said that the bishops are currently “striving to develop creative steps to avoid the extremes of compliance and shutting down” services that help those in need.

“In other words, we are looking for every legal avenue to provide good health insurance to our employees that is also in accord with the Church’s teaching while robustly carrying forward our ministries of service,” he clarified.

“We would rather have spent that time and energy working with both political parties toward providing accessible health care to all, especially the poor, a goal that the bishops have advocated since 1919.”

However, the “bishops did not say that the time and energy spent on defending against the HHS mandate was ill-spent,” Archbishop Lori continued. “Religious liberty is worth defending, even if it is threatened by something as arcane as a federal rule.”

“Religious liberty is something we value as believers who see it as essential to human dignity and as citizens of a nation committed to the constitutional protection of this and other fundamental liberties.”

The archbishop stressed that the Church is driven to care for the poor and vulnerable by the same religious principles driving its opposition to contraception mandate: a recognition of all persons as being “made in the image and likeness of God and endowed by the Creator with inviolable dignity.”

“In a word, our hospitals, charities, and schools are extraordinary precisely because they recognize the transcendent dignity of the human person, and conduct their affairs, internally and externally, in a way that demonstrates the depth and sincerity of that conviction, that basis for mission,” he explained.