The Straight Line from Marriage Equality to Divorce Equality 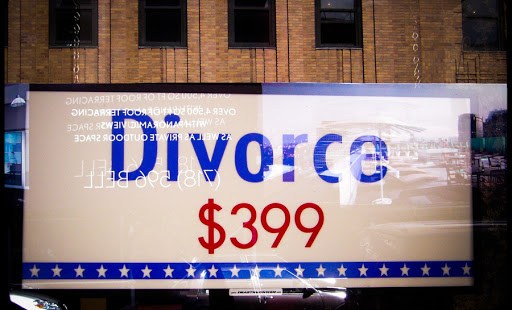 Should American states be forced to recognize same sex marriage in order to grant divorce?

In 2008, Lauren Beth Czekala-Chatham and Dana Ann Melancon traveled from Mississippi to San Francisco for their dream wedding.

Have gay rights activists overplayed their hand? Will Czekala-Chatham’s wedding buyer’s remorse be followed by American voter remorse as more citizens learn of the disruption caused by same sex marriage laws passed in some states, but not recognized in others?

“Czekala-Chatham, a 51-year-old credit analyst and mother of two teenage sons from an earlier straight marriage, filed for divorce in chancery court in September. She wants to force Mississippi to recognize the same-sex marriage for the purpose of granting the divorce.”

First of all, if she had a previous “straight marriage,” doesn’t that mean Czekala-Chatham used to be straight? Gay rights activists claim that homosexuality is immutable, but did Czekala-Chatham just prove that sexual orientation is actually fluid? If she had a straight marriage and then a gay marriage, does that mean people are not simply “born that way,” but can choose one way and then another?

Secondly, what message does she send to her two sons when she divorces her husband, and then rejects the male gender itself in her next "marriage"? And how is it in Mississippi’s best interest to reinforce such a sexist attitude by recognizing female marriage?

Thirdly, since she was willing to travel to San Francisco to drop a lot of money on a female wedding, why is she opposed to filing for a divorce in California? Why blame Mississippi for her problems?

The New York Times reports, “Ms. Czekala-Chatham potentially could pursue a divorce in California, which exempts same-sex couple from divorce laws that generally require at least one spouse to be a resident of the state for six months.”

But that’s not what Czekala-Chatham wants. She wants to impose her marital beliefs on the state of Mississippi, which only recognizes gender-integrated marriage and expressly clarifies that “any marriage between persons of the same gender that is valid in another jurisdiction does not constitute a legal or valid marriage in Mississippi.”

Mississippi is not the only pro-gender state facing lawsuits from same sex couples. In a similar case, Texas Assistant Attorney General James Blacklock argued, “There’s no marriage here. So there can be no divorce.”

Nevertheless, Czekala-Chatham wants to force Mississippi to acknowledge her marriage long enough to nullify it, although 86 percent of voters there approved placing a ban on same sex marriage in their state constitution. She makes a plea for victimhood status:

“It’s humiliating to know that you spend that money, that time to be in a committed relationship and for it to end. I mean, that hurts. But then to be in a state that doesn’t recognize you as a human being, or recognize you for who you are, for who you love, it’s hard,” Czekala-Chatham said during an interview at her current home in Hernando. “I’m not treated like the neighbors next door. I’m treated like a second-class citizen.”

Actually, if her neighbors chose same sexism marriage, Mississippi would not recognize their “marriage” either. Czekala-Chatham is not being judged for who she is or for whom she loves. (Although it sounds like she no longer loves Melancon since she wants that relationship revoked and Czekala-Chatham has moved in with her new girlfriend, Dawn Jefferies). It’s her actions that are at issue here. She went to CA to get a marriage license that MI didn’t recognize and—surprise! … her home state still doesn’t accept it.