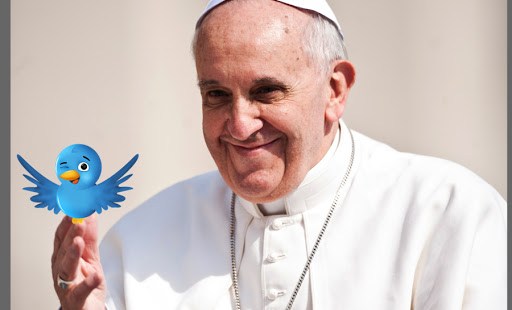 CNN, Fox News, Drudge Report, and Fr. Robert Barron: how they are responding to the news on Twitter.

Ever since today’s announcement that TIME Magazine had chosen Pope Francis as its 2013 Person of the Year, the Twitterverse has gone ablaze with commentary from everyday people and public figures alike. CNN has posted an article commemorating the occasion, along with a list of “Pope Francis’s Greatest Hits”:

Meanwhile, the Drudge Report links to an article from ABC highlighting the Pontiff’s popularity amongst Americans: 92% of US Catholics and 69% of the general American population holds a favorable opinion of the Pope.

And if you’re wondering who some of the other contenders for this year’s POY were (aside from Edward Snowden and Miley Cyrus), BBC mentions a few more of them for you in their article:

And while certain prominent Catholic figures such as Fr. Robert Barron don’t surprise us by expressing their joy over the announcement…

Congratulations to Pope Francis (@pontifex) on being named @TIME Magazine's "Person of the Year"! http://t.co/UEe4E8EfZ7

… comments from those who have gone on the record as having criticized the Church (such as the pro-gay marriage Lieutenant Governor of California and former Mayor of San Francisco Gavin Newsom) do raise some eyebrows – in a good way:

A voice of compassion, and a great choice for Time's Person of the Year — Pope Francis, The Choice http://t.co/amHUtDIZxY

And then there are the comments from everyday people, who, perhaps better than anyone else, reveal to us the positive impact that Pope Francis has had in the work of evangelization.

Even as someone who isn't religious, I'm somewhat happy that Pope Francis is TIME Person of the Year 2013 http://t.co/sDqDbUA11o

Although my standard was really just 'not Miley', super enthused abt @Pontifex as @TIME Person of the Year. Leads by example, values first.

With this selection of Pope Francis as TIME’s 2013 POY, we see the fruits of the New Evangelization that is so close to the Pontiff’s heart. In a world often lost to consumerism and celebrities, the Joy of the Gospel continues to permeate through.