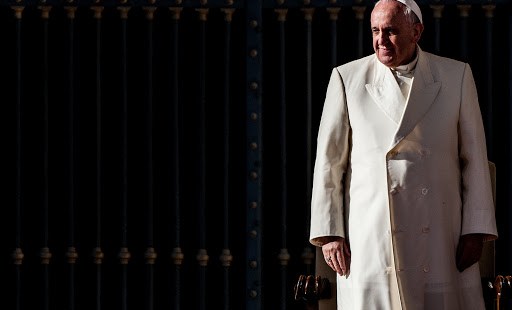 Vatican spokesman: It is pleasing to the Pope that his service of announcing the Gospel is appealing and giving hope to people.

It was revealed on Wednesday that after being elected nine months ago, the Holy Father has been named TIME’s 2013 Person of the Year.

The award is given annually to a person who has had a considerable influence on the world and its news throughout the year.

Nancy Gibbs, editor of the top US magazine, commented on their decision, saying that the pontiff was selected “for pulling the papacy out of the palace and into the streets, for committing the world’s largest church to confronting its deepest needs and for balancing judgment with mercy.”

“He took the name of a humble saint and then called for a church of healing” she added.

Vatican Spokesman Father Federico Lombardi commented on the unprecedented decision, saying that it “didn’t come as a surprise given the great resonance and attention surrounding the election of Pope Francis right from the start of the new pontificate.”

Lombardi also stated that “the fact that one of the most prestigious awards to be attributed by the international press should go to someone who promotes spiritual, religious and moral values as well as call for peace and greater justice in an incisive manner is a positive sign.”

“As for the Pope himself,” he continued, “he’s not someone who seeks fame and success, because he has put his life at the service of announcing the Gospel of the love of God for mankind. It is pleasing to the Pope that this service should appeal and give hope to women and men.”

“If this choice of ‘Person of the Year’ should mean that many people have understood this message” he added, “at least implicitly- the Pope is really happy about this."