Our Lady of Guadalupe: Star of the New Evangelization 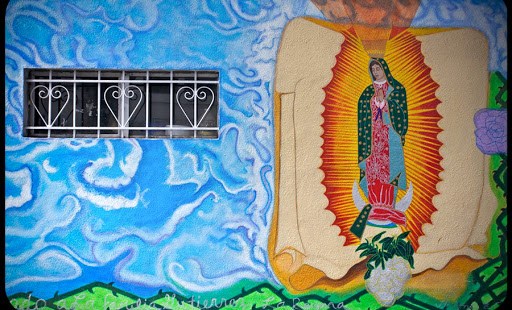 So powerful is the appeal of Lupita, it has been said, “Mexico is 90 percent Catholic and 100 percent guadalupano.”

Today marks the 482nd anniversary of the apparitions of Our Lady of Guadalupe, who on 12 December 1531 – just as the Protestant Reformation was entering full swing in Europe – appeared to St. Juan Diego on the hill of Tepeyac, on the outskirts of the great Aztec capital of Tenochtitlán (present-day Mexico City). Her mystique continues to draw people to her even now, as evidenced by the droves of pilgrims seen on any given day at the Basilica in Mexico City, with an even more pronounced swelling every December.

So powerful is the appeal of Lupita on a popular as well as theological level that it has been said, “Mexico is 90 percent Catholic and 100 percent guadalupano.” What is it that makes La Morenita so enduring, as much a representation of the Mother of God as a deeply rooted cultural symbol for the Mexican people – and indeed, for all Hispanics?

The Virgin of Guadalupe is herself the face of Mexico. A mestizo nation, modern-day Mexico is characterized primarily by the blending of cultures into a new, cohesive whole that is neither indigenous nor European. The story of Guadalupe, then, is unique among Marian apparitions in this manner: she was the image of the Mexico that would be. In so doing, her apparition brought peace to the warring factions of the Mexican conquest, and facilitated the conversion of countless natives as her devotion spread in the years following the apparitions. And this work of evangelization was accomplished primarily because of the miracle of the tilma: the image of Mary that is now known throughout the whole world – an image so rich in symbolism to natives and Spaniards alike that it became a veritable catechism through art.

The first remarkable features of the image are those pertaining to the composition itself: the icon has no brushstrokes or tracings, and its delicate features are superimposed upon rough cactus fiber that should have disintegrated well over four centuries ago. The imperfections of the cloth (or tilma) do not detract from the image, but rather are incorporated into it, such as the shadows that appear on Mary, or the folds of her mantle. Scientific studies in recent decades have concluded that the image was not made by human hands.

The image itself shows a young and beautiful woman, whose features are neither distinctively European or indigenous, but a blend of the two. She wears a turquoise cloak, the color of Aztec royalty, thereby indicating that she is of noble rank. She stands before the sun, blocking its rays, and atop the moon, symbolizing that she is greater than these – and more specifically, greater than the pagan gods that that the natives associated with these elements. The stars on her mantle, furthermore, were of significance to both the Europeans and the natives: the former would have identified these as a traditional Marian symbol, while the latter would see in their arrangement a map of the constellations seen above Tenochtitlán in mid-December.

But despite these signs of power, she displays a great humility: her gaze is turned downward in a lowly gesture, and her hands are joined in prayer in the manner of the Spanish missionaries. Around her waist is a black ribbon, an indicator of pregnancy to the Aztec people and evidence that she is a Mother. And around her neck is a brooch with the emblem of salvation: the Cross of her Son.

In this manner, the work of evangelizing the people of the Americas began to take shape, even as the Catholic faith began to dwindle in parts of Europe. It is for this reason that Our Lady of Guadalupe is remembered as the Star of the New Evangelization – a title given to her in 1999 by Pope Bl. John Paul II in his Apostolic Exhortation, Ecclesia in America.

And if we need any consolation as we go on our way in the task of spreading the Gospel, let us take it from the words of the Mother of the Americas, who remains by our side in this noble endeavor:

“Listen, put it into your heart, my youngest and dearest son, that the thing that disturbs you, the thing that afflicts you, is nothing. Do not let your countenance, your heart be disturbed. … Am I not here – I, who am your Mother? Are you not under my shadow and protection? Am I not the source of your joy? Are you not in the hollow of my mantle, in the crossing of my arms? Do you need anything more?”