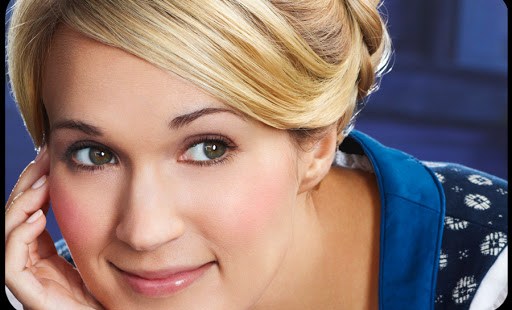 The producers said this version would be for “a new generation.” So what exactly did this new generation see fit to change in a so-called timeless classic?

Last Thursday, NBC aired a live performance of the enduring classic, The Sound of Music starring country-singer Carrie Underwood as the willful novice turned governess and True Blood star Stephen Moyer as the aloof Captain von Trapp. Much of the project was met with anticipation mixed with a healthy dose of skepticism. As far as ingenuity goes, NBC took a risk on the prospect of a musical aired live with the potential of hiccups and malfunctions. The last live-aired musical was Cinderella in 1957. Additionally, many viewers would inevitably compare this version to the much-beloved 1965 film. However, the nostalgia of old-time live musicals succeeded in attracting quite a crowd and NBC’s The Sound of Music, Live! was a ratings success, drawing 18.6 million viewers.

In several TV spots, those involved in the production assured that they were “not trying to remake the  movie,” but were instead aiming to create “a Sound of Music for a new generation.” That being said, it’s clear that the NBC version made several interesting changes to character portrayal that the 1965 version widely differs from. Of course, some innovation is naturally expected in order to set this new version apart from the original. This is also keeping in mind that the NBC live version was drawing from the original 1959 script and not the 1965 film, which changed quite a few things. Still, the differences in character portrayal indicate a deeper divide between modern culture and the culture of yesteryear. After all, it’s a new generation—so what exactly did this new generation see fit to change in a so-called timeless classic?

Both Moyer’s Captain von Trapp and Underwood’s Maria brought distinctly different approaches to the table in their portrayals. They are both more emotionally expressive than past portrayals. Many will recall Christopher Plummer’s performance as the steely Captain, but even in the original stage production, von Trapp is cold and harsh, perhaps bordering on cruel. He is not exactly a sympathetic figure, especially as he runs his household like a military camp. Of course, Maria’s warmth and enthusiasm opens him up—but Moyer’s von Trapp didn’t seem to need that encouragement. He was decidedly more charming, especially in scenes where his affection for Maria was obvious. Moyer lacked the hardness found in past incarnations. In the last fifty years, society’s definition of manliness has changed quite a bit. As The Atlantic pointed out, not many have sympathy for “the gruff, archaic model of the patriarch” any longer and prefer more “touchy-feely” fathers. Moyer’s von Trapp seems to be a result of that mentality.

Many critics have already called out Carrie Underwood’s acting skills, and noted her obvious disadvantage of being an acclaimed country singer, but not a trained actress. Underwood’s acting aside, she gives an ultimately over-emotional portrayal of Maria, including quite a lot of weeping. Carrie Underwood probably represents the ideal “American sweetheart” for today’s modern society, but her overly saccharine approach to Maria seems to fall flat. A certain amount of reservation from a woman considering the convent makes more sense— but today’s policy of “wearing your heart on your sleeve” is generally more accepted as empathetic, and so Underwood was predictably over-expressive.