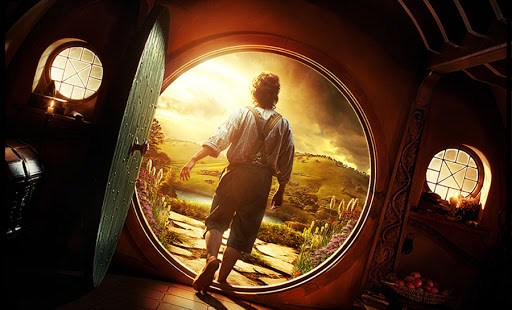 Also watch our exclusive interview with Joseph Pearce and a sneak peak of one of his courses on the J. R. R. Tolkien classic.

The following is an excerpt from Joseph Pearce’s 2012 book, Bilbo’s Pilgrimage, which analyses the works of J. R. R. Tolkien from a Christian perspective. Aleteia is pleased to present this article today in conjunction with the theatrical release of The Hobbit: The Desolation of Smaug.

J. R. R. Tolkien’s first work of fiction, The Hobbit, is often overlooked in favor of its epic follow-up, The Lord of the Rings. And not without reason: The Lord of the Rings carries a depth of meaning and an overall quality that outstrips its predecessor. It is also a publishing phenomenon; since its initial publication almost sixty years ago, more than 150 million copies of The Lord of the Rings have been sold. Furthermore, Tolkien’s epic has triumphed over all its literary rivals in numerous opinion polls. A survey organized jointly by a major bookselling chain and a national TV network in the UK in 1996 revealed that The Lord of the Rings topped the poll in 104 of the 105 branches of the bookstore, receiving 20 percent more votes than its nearest rival, George Orwell’s Nineteen Eighty-four.  It triumphed in similar fashion in other surveys conducted by the BBC, by national newspapers, and by literary societies. Perhaps its ultimate triumph in the age of the Internet was its being voted best book of the millennium by Amazon.com customers, signaling its conquest of the final frontier of cyberspace.

Not surprisingly, in the wake of the book’s phenomenal success, Peter Jackson’s three-part movie adaptation of The Lord of the Rings became one of the most successful films of all time. In December 2012, a decade after The Lord of the Rings was premiered, the first part of Jackson’s three-part adaptation of The Hobbit was released in movie theaters around the world. As the second installment hits theaters this weekend, Bilbo Baggins will once again take the limelight from Frodo, his more famous and illustrious nephew. These are indeed heady days for the relatively simple children’s story, originally published in 1937, which would pave the way for its author’s far more ambitious epic, published almost twenty years later.

It should come as no surprise that Jackson’s movie is not strictly speaking a children’s film. The producer forged his reputation as a maker of gruesome horror movies and does not do Disney schmaltz (Deo gratias!). Containing a degree of violence and an array of monsters – including giant spiders, trolls, orcs, a fearsome dragon, and the incomparably creepy Gollum – the film is not for the very young or the timid. Younger children, who might have enjoyed the book, will find the violence a little unsettling and the visualization of the monstrous the very stuff of which nightmares are made.

On the other hand, it should be stressed that The Hobbit is much more than a simple children’s story, and that any dumbing down of the gravitas of its moral dimension would do much more damage to the integrity of the work than the graphic depiction of violence and the frightening presentation of the monstrous. At its deepest level of meaning – and great children’s literature always has a deep level of meaning – The Hobbit is a pilgrimage of grace in which its protagonist, Bilbo Baggins, becomes grown-up in the most important sense: wisdom and virtue. Throughout the course of his adventure – and every pilgrimage is an adventure – the hobbit develops the habit of virtue and grows in sanctity. Thus The Hobbit illustrates the priceless truth that we only become wise men (homo sapiens) when we realize that we are pilgrims on a purposeful journey through life (homo viator).