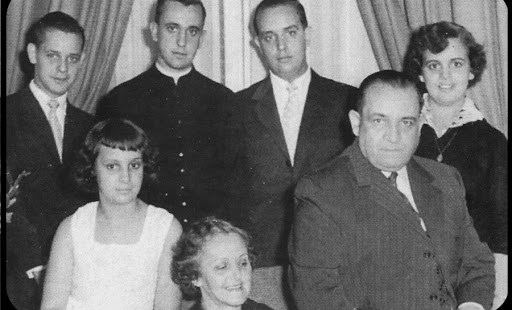 Pope Francis was ordained a priest of Jesus Christ 44 years ago yesterday. This is a prayer he penned shortly before his ordination.

On December 13, 1969, Jorge Mario Bergoglio was ordained a priest only three days shy of his 33rd birthday. Yesterday, Bergoglio – now Pope Francis – celebrated the 44th anniversary of his ordination.

In the days leading up to this event, excited and happy, he wrote the following prayer, which reflected his thoughts and state of mind:


I desire to believe in God the Father, who loves me like a son, and Jesus, the Lord, who filled me with his Spirit to make me smile throughout my life, so that I might one day arrive smiling into the Kingdom of eternal life. I believe in the Church.

I believe that over the course of history, which has been pierced by God’s loving gaze, he came to call me into his service on the first day of spring, September 21.

I believe in my pain, which is made sterile by selfishness and in which I take refuge.

I believe in the goodness of others, and that I must love them without fear and without betrayal, without looking out for my own comfort.

I believe in the religious life.

I believe that I want to love greatly.

I believe in the death that is experienced from day to day: a burning death from which I flee, but which smiles at me, inviting me to accept it.

I believe in God’s patience: welcoming and good, like a summer night.

I believe Dad is in heaven together with the Lord.

I believe that Fr. Duarte is also there, interceding for my priesthood.

I believe in Mary, my Mother, who loves me and who will never leave me alone.

And I hope in the surprise of each day, in which love, strength, treachery, and sin will be manifested, and which will accompany me always, even unto the final encounter with that wonderful face which I do not yet know and from which I continually escape, but which I want to know and love. Amen.