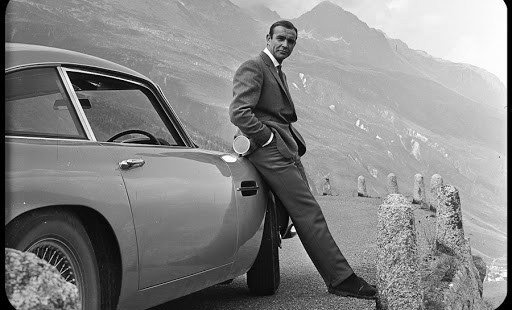 It’s a mystery that would perplex the finest minds of Her Majesty’s Secret Service. What has happened to all the suits worn by Sean Connery in his first five films as James Bond, released between 1962 and 1967? The wardrobe at Pinewood Studios has only a chesterfield coat from Dr No (1962) in its archive. Everything else seems to have vanished.

A study of James Bond novels concluded that 007 drank, on average, about 92 units of alcohol per week – more than four times the recommended maximum weekly consumption.

If – like me – you enjoy the exhilarating world of James Bond, you have perhaps often wondered how Agent 007 manages to get into so many unpredictable binds and (usually) come through with little more than a couple of scratches to the face. Indeed, part of James Bond’s allure is that quasi-fantastical element that allows him to pull off the most incredible stunts without ever falling victim to reality.

Recently, British scientists have pointed to yet another reality-defying aspect of Ian Fleming’s famed character: his capacity to function at such high levels of physical ability despite an absurdly massive alcohol intake. Dr. Patrick Davies, together with colleagues from Nottingham University Hospital, concluded after reading several of the James Bond novels that 007 drank, on average, about 92 units of alcohol per week – more than four times the recommended maximum weekly consumption.

According to their article, which was published in the lighthearted Christmas edition of the British Medical Journal, “The level of functioning as displayed in the books is inconsistent with the physical, mental, and indeed sexual functioning expected from someone drinking this much alcohol.”

And even Bond’s signature drink order – a martini that is “shaken, not stirred” – may have something to do with an alcohol-induced tremor that would have rendered him unable to stir a drink.

So next time you find yourself picking up a Bond novel or watching a 007 flick, enjoy the adventure, but keep in mind that looks can be deceiving – though perhaps that has its benefits if you are on Her Majesty’s Secret Service. (But otherwise – even if you drive a machine gun-equipped Aston Martin – do not try this at home.)