Evangelii Gaudium: Will It Unite or Divide? 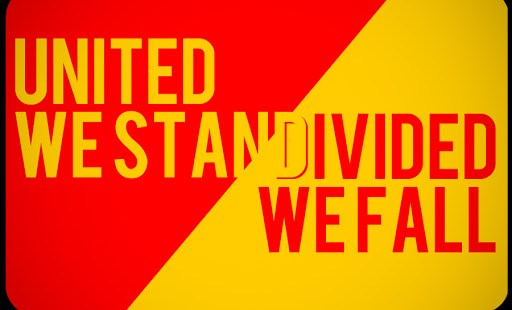 Was Pope Francis’ recent document only about social justice? No, Pope Francis also condemned abortion and, most importantly, exhorted Catholics to evangelize.

Thanks partly to tunnel vision reporting and commentary, Pope Francis’s apostolic exhortation, Evangelii Gaudium (“The Joy of the Gospel”), could be the occasion for a fresh round in an old argument between Catholic pro-lifers and the Catholic social justice crowd. If so, it will be a pity, for this document sets out a generous vision of what Catholics collectively should stand for in today’s world.

That is in marked contrast with the apparently popular view of apostolate (a more comprehensive term than “ministry” and therefore preferable when speaking of the Church’s mission as a whole) as a zero-sum power game where some people win and others lose. As Pope Francis makes clear, the challenge of apostolate is an opportunity for all Catholics to perform a multitude of individual tasks that together continue the redemptive work of Christ.

Yet much of the media discussion of this document has been an exercise in reductionism focusing largely, or even exclusively, on what it says about trickle-down economics. That Francis has something to say on this subject is obvious; that this is all he has to say is simply not true. But you’d have a hard time knowing that from some of the ideologically colored commentary, both left and right. Which, to repeat, is a shame.

Understood this way, Evangelii Gaudium becomes a one-dimensional tract lending support to the idea that declaring a commitment to social justice is all it takes to claim bona fides as a Catholic. But this ignores the Pope’s strong words on abortion, traditional marriage, and much else. The papal invitation to pro-lifers and justice people find a common cause on a broad agenda relating to human life and human dignity gets lost.

Note, too, that this apostolic exhortation is a response to last year’s world Synod of Bishops on evangelization. Preaching the Gospel – the good news of Jesus Christ – is its theme and rationale. This fundamental fact has also been ignored in much said about the document.

A few quotes may suggest the flavor of Evangelii Gaudium:

On poverty: “The current financial crisis can make us overlook the fact that it originated in a profound human crisis: the denial of the primacy of the human person. We have created new idols. The worship of the ancient golden calf has returned in… the idolatry of money and the dictatorship of an impersonal economy lacking a truly human purpose.”

On abortion: “Precisely because this involves the internal consistency of our message about the value of the human person, the Church cannot be expected to change her position. … This is not something subject to alleged reforms or ‘modernizations.’ It is not ‘progressive’ to try to resolve problems by eliminating a human life.”

On marriage and family: “The weakening of [social] bonds is particularly serious, because the family is the fundamental cell of society. … Marriage now tends to be viewed as a form of mere emotional satisfaction that can be constructed in any way or modified at will. But the indispensable contribution of marriage to society transcends the feelings and momentary needs of the couple.”

Early on, Francis makes the point that today’s instant communication and “occasionally biased” media create a “greater risk” that the Church’s message will be distorted. How sad, then, if a papal message with great potential for bringing Catholics together gets exploited to drive them apart. As he says of abortion, the defense of unborn human life is “closely linked to the defense of each and every other human right.” Surely we can all come together on that.