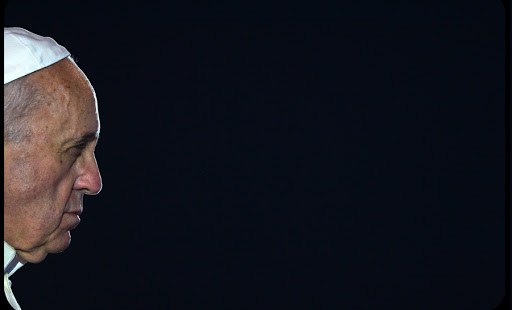 The Pope reaffirmed his adherence to the constant tradition of the Church, explaining that he had no intention of speaking in technical language.

In an interview published Dec. 14 in the Italian newspaper La Stampa, Pope Francis has responded to several questions touching controversial topics that have arisen in his papacy.

When asked by Italian Vatican analyst Andrea Tornielli about the accusations of Marxism from “ultra-conservative Americans,” who took issue with certain passages of the Pope’s recent apostolic exhortation, Evangelii Gaudium, the Pontiff was quick to denounce such ideology.

“The Marxist ideology is wrong,” he responded flatly.

The Pope had severely criticized the assumptions behind “trickle-down theories” in the exhortation, saying that they expressed “a crude and naïve trust in the goodness of those wielding economic power and in the sacralized workings of the prevailing economic system.”

In blasting economic practices driven by greed and leading to inequality, he drew fire from the likes of radio host Rush Limbaugh, who contended that his comments were “pure Marxism” and “dramatically, embarrassingly, puzzlingly wrong.”

In the new interview, Pope Francis said he wasn’t offended by the comments, noting that he has known many Marxists who were still “good people.”

The Pope reaffirmed his adherence to the constant tradition of the Church, explaining that he had no intention of speaking in technical language.

“In the exhortation, there is nothing that is not found in the Social Doctrine of the Church. I didn't speak from a technical point of view, I tried to present a photograph of what happens,” he said.

“The only specific citation was for the ‘trickle-down’ theories, according to which every economic growth, supported by the free market, is able to produce in itself a great equity and social inclusion,” he continued.

Sunday’s interview contained continued criticism of these specific ideas. “There was the promise that when the glass was full, it would have flowed over and the poor would have benefited from it. Instead, what happens is that when it is full the glass magically gets larger, and so nothing ever comes out for the poor.”

But “this was the only reference to a specific theory,” he repeated.

Pope Francis took the opportunity to re-emphasize his standpoint, stressing, “I repeat, I do not speak as a technician, but according to the Social Doctrine of the Church. And this does not mean being Marxist.”

When asked about another controversial topic, the possibility of women cardinals, the Pontiff was quick to point to the problematic assumption underlying the question. “Women in the Church must be valued, not ‘clericalized.’ Whoever is thinking (about) women cardinals suffers a bit from clericalism.”

As for any rumors about his own consideration of the issue, “It is a line that has come from who knows where,” he said.

Tornielli’s questions also included the recently much-discussed topic of communion for divorced and remarried Catholics. Unless their first marriage has been annulled, the Church prohibits the reception of the Eucharist by these individuals, because they are living with someone other than their legitimate spouse.

“The exclusion from communion for divorced persons who live (in) a second union is not a sanction. It’s good to remember that,” replied Pope Francis.

“We must seek to facilitate people’s faith rather than control it,” he added.

Evangelii Gaudium had noted the need for both “prudence” and “boldness” in regards to the sacraments, saying “everyone can share in some way in the life of the Church; everyone can be part of the community, nor should the doors of the sacraments be closed for simply any reason.”

Pope Francis explained in the latest interview, however, “some (people) had immediately thought of the sacraments for the divorced and remarried, but I did not speak about particular cases: I wanted only to indicate a principle.”

The interview, which spanned three pages, also included the Pope’s thoughts on ecumenical matters and his concern for the poor, as well as his understanding of Christmas as “a meeting with Jesus” in which “the hope and the tenderness of the Birth of the Lord shakes us out of indifference.”