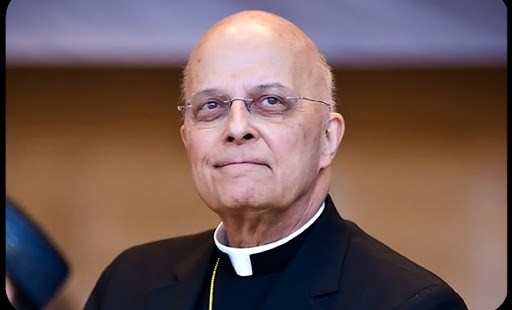 He may well be the most intellectually sophisticated bishop in U.S. Catholic history, yet it is as a brother in Christ whose faith-based Christian courage gives courage to others that I wish to salute him.

When Francis Eugene George first sought admission to the Chicago seminary in the 1950s, Chicago Catholicism imagined itself the future of the Catholic Church in the western world—and not without reason. A lot of the ferment in Catholic intellectual, liturgical and pastoral life that would eventually produce the Second Vatican Council had already passed through Cook and Lake Counties in the previous two decades. Thus “this confident Church” (as one historian of Chicago Catholicism dubbed it) readily imagined itself the cutting-edge of the Catholic future: where Chicago was, the rest of the Church would eventually be. It was a conceit, to be sure; but it was a conceit with some institutional and pastoral foundation.

Now, as he marks his golden anniversary of priestly ordination on Dec. 21, Cardinal Francis E. George, O.M.I., the first native Chicagoan to lead what many still regard as the flagship American diocese, is best known, in some circles at least, for proposing the possibility of a very different Catholic future. He sketched it starkly for a group of priests, to illustrate the implications of radical secularization for America: “I will die in bed, my successor will die in prison, and his successor will die as a martyr in the public square. His successor will pick up the shards of a ruined society and slowly help rebuild civilization, as the Church has done so often in human history.”

There have likely been moments when my friend Cardinal George has rued the day he publicly engaged in that thought-exercise. Many 21st-century Catholics are reluctant to think outside their comfort-zones; the blogosphere can distort anything. Yet the arresting way he formulated that possible future, and especially its net result, gets us to the essence of Francis Eugene George, I suggest.

By the time Francis George became its bishop in 1997, the “confident Church” of Chicago had become a shaken Church: pastoral practice was slack; practice of the faith, by such elementary measures as Sunday Mass attendance and frequency of sacramental confession, had taken a severe hit; the seminary was in various forms of distress. Cardinal George addressed these and other problems in the face of ecclesiastical resistance (both clerical and lay), an increasingly challenging public environment, and a deteriorating culture. Yet even after a difficult decade of working to restore Catholic practice in the Windy City, Cardinal George remained confident that, even if the worst should happen down the line, the Catholic Church would not only survive but become one of the agents of society’s renewal. And the cardinal’s confidence rested, not on the vast institutional network that buttressed the “confident Church” of his boyhood, but on his faith in the Lord’s promise that the Holy Spirit would always be with the Church, calling it to conversion and mission, to the works of charity and service.

Francis Eugene George is a man of well-honed, critical intelligence. But to focus solely on the man of intellect can sometimes obscure the deeper truth that he is a man of profound faith: the cross-centered faith that supports the remarkable physical courage of this polio survivor who must bear regular pain; the faith in divine mercy that allows him to say, without blush, that “the most important conversations on the planet” take place in the confessional; the evangelically alert faith that has led him to support such bold initiatives as Father Robert Barron’s “Word on Fire” media ministry and its remarkable “Catholicism” series; the ecclesial faith that made him an effective leader of the U.S. bishops, preparing the way for the work of Cardinal Timothy Dolan and many others.

He may well be the most intellectually sophisticated bishop in U.S. Catholic history; he certainly has shown keen insight into the sources of America’s current crisis of public culture. Yet as he marks the 50th anniversary of the day when he became a priest of the Church, an icon of the eternal priesthood of Christ, it is as a brother in Christ whose faith-based Christian courage gives courage to others that I wish to salute him.