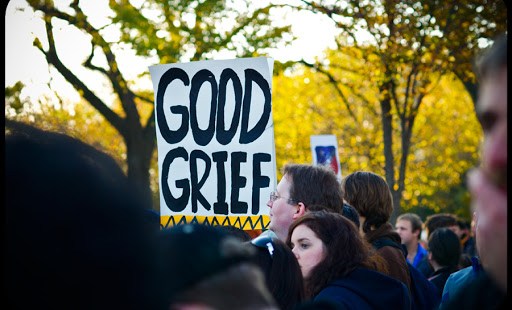 Artificial labels mask the fact that both political parties are built on liberal positions long condemned by the Church.

In recent decades, the supposed divide in American politics has been between two irreconcilably opposed camps: “liberals” and “conservatives.” In the wake of Richard Nixon’s successful “southern strategy,” this imagined division has also been embedded in the identities and self-understanding of the two major political parties, with the Democrats representing “liberalism” and the Republicans standing for “conservatism.” This binary template is even imposed on papal auguries, with some “conservatives” warning that Pope Francis is a “liberal,” and some “liberals” promising that they’re right!

From a Catholic point of view, this divide is artificial and grounded in a misrepresentation – sometimes deliberate, sometimes innocent – of what liberalism is, and, by extension, who is a liberal and who is not. The fact is that in the United States, we have two dominant liberal parties. The Republican Party, far from being conservative, is in fact the party of what we might call right-liberalism, also known as classical liberalism, which is primarily political and economic. The Democratic Party, on the other hand, carries the standard for left-liberalism, or what we might term modern liberalism, largely social and cultural. The disagreement of these two liberalisms on particular issues masks their shared roots and their mutually reinforcing worldviews.

In his apostolic letter Octogesima Aveniens, Pope Paul VI wrote that “at the very root of philosophical liberalism lies an erroneous conception of the autonomy of the individual in his activity, his motivation, and the exercise of his liberty.” To modern ears, the Pope’s words may seem like an indictment of social-cultural liberalism, with its libertine rhetoric of choice, rights, and autonomy. But in fact, the Holy Father was discussing the political-economic liberalism of the right, which taught the modern world to deploy the language of individualism, and through it communicated an anthropological point of view fundamentally at odds with the Catholic conception of man and society.

In his book, “Holocaust of the Childlike,” writer Daniel Schwindt summarizes the rhetorical affinity between the two liberalisms neatly: “we find ourselves in a situation in which there is nothing before us but Philistines and Pharisees. One says ‘My body! Leave me alone,’ while the other says, ‘My money! Leave me alone.’ Both mentalities can be boiled down to the philosophy of ‘Mine!’ and so they are both, in the end, adherents of liberalism, believing zealously that the highest good lies in the individual freedom to do whatever one wants, whether that involves one’s body or one’s finances.”

The origins of liberalism are easy to pinpoint. It is a modern movement that sprang from the 17th century Enlightenment. The Enlightenment was fundamentally a movement of ideas characterized by a rejection – sometimes explicit and vigorous, sometimes less so – of the Christian civilization that had preceded it, especially the spiritual and temporal authority of the Catholic Church. As an expression of that rejection, the philosophers of the Enlightenment sought to formulate a rational basis for ethics and morality, including the governance of human societies. Their enemy was tradition, particularly what they considered to be the superstition of the Church. Where virtue had been the principal concern of philosophy from the classical to the medieval age, the Enlightenment made liberty – and especially the freedom of the mind – its abiding preoccupation.  Liberalism itself had many fathers, but David Hume, Thomas Hobbes, John Locke and Jean-Jacques Rousseau are most often cited as its founders. Of these, Locke was the most important inspiration for the founders of the United States, the world’s first liberal republic.