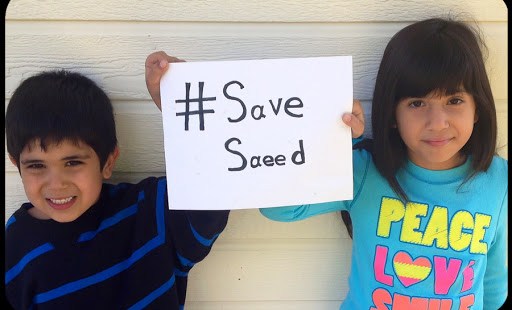 She has been surprised at “how hard it has been working with my own government to bring my husband home.”

The wife of a Christian pastor imprisoned in Iran is relying on her faith as she speaks out to ask for prayers and concrete aid in helping secure the return of her husband to the United States.

Over the past 15 months, Naghmeh Abedini said she has been surprised at “how much I can endure through my relationship with Christ and my belief as a Christian.”

Just over a year ago, she told CNA, “I didn't believe that I could stand so much.”

Since September 2012, Naghmeh has been advocating the release of her husband. She has been surprised at “how hard it has been working with my own government to bring my husband home.”

“I didn't think it would be such a push – I thought it would be a more proactive movement on their part,” she said.

Naghmeh Abedini testified at a Dec. 12 joint hearing before two congressional subcommittees regarding the plight of her husband, Saeed, who is currently serving an eight-year sentence in Iran’s notorious Rajai Shahr Prison.

Saeed Abedini was born and raised as a Muslim in Iran. He converted to Christianity in 2000, and became an American citizen in 2010 following his marriage to Naghmeh, who is also an American citizen. The couple has two children, ages 5 and 7, and lives in Idaho.

After his conversion to Christianity, Saeed Abedini began working with house churches in Iran. Although his work was technically legal, it drew complaints from the government, and he agreed to shift his work towards non-religious humanitarian efforts.

However, in September 2012, he was arrested on charges of threatening national security for his earlier work with the churches. Some human rights advocacy groups have argued that the pastor’s Christian faith is the real reason for his imprisonment.

Congressman Chris Smith (R-N.J), who chairs a House subcommittee on global human rights, was a co-sponsor of the Dec. 12 hearing.

He explained that the Iranian government had promised Pastor Abedini in 2009 that “he could enter and exit the country for humanitarian aid work if he agreed to cease pastoring house churches.” But despite complying with the government’s request, the pastor was arrested three years later during a visit to help build an orphanage in Iran.

“He was denied contact with his attorney until just before the trial,” Smith said, adding that the “sham” trial was not public and that Pastor Abedini was “barred from participating in key portions of the trial.”

Naghmeh Abedini said that the agony of being separated from her husband and constantly unsure of his well-being has been compounded by the fact that she has had to “battle my own government” to make the matter a priority.