The Best Christmas Gift I Ever Received 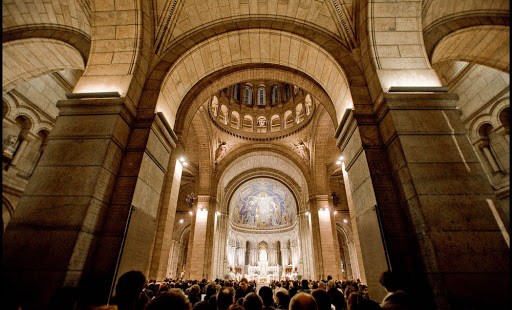 There I sat that Christmas Eve, watching an ancient liturgy unfold in an ancient place, conducted by an ancient community that claimed divine origin, and my heart was restless.

It was late on Christmas Eve, 1989. I was a thirty-year old father of two with one mission: to finish assembling the toys that Santa Claus would get credit for the next morning. I finished fumbling with the final nut and locking washer, arranged everything under the tree, and plopped down on the couch to check the news. It had been a tumultuous few months. Two days earlier the people of Romania had overthrown their dictator, Nicolae Ceausescu. The Berlin Wall had come down in November. The Soviet empire was collapsing. The United States was at war again, this time in Panama.

As I paged through the channels, my eye was caught by the midnight Mass from St. Peter’s Basilica in Rome. Two English-speaking television hosts were translating the Mass and offering interesting commentary on the ceremony and the setting. St. Peter’s was resplendent, with its soaring apses, vaults and domes, its impressive statuary, all the shimmering blues, reds and golds reflected in stone and brass. Although raised a Protestant, I had attended a Catholic college and had been in a few Catholic churches before. But I had never seen anything quite as beautiful.

I watched for a while as the Mass inched forward. No one seemed to be in that much of a rush. The color commentator explained that the First Reading, offered this night in Tagalog, was from the Old Testament. He explained the tradition of the Responsorial Psalm, and that a selection from the Psalms is featured in every Liturgy. He went on to explain the significance of the Second Reading, which was offered that evening in Polish, and then the place of honor accorded to the reading from the Gospel, when the entire congregation stands. Although I was the son of an Evangelical minister, I had attended a few masses in my time, but I had never heard anything quite as beautiful.

Pope John Paul II, the still-young pope who seemed to somehow be at the center of the epochal changes happening in the world that winter, gave a stirring homily in Italian, translated faithfully by the English-language host. At one point the Pope said that God, who knows man better than man knows himself, also knows that the human heart is restless until it rests in him. The translator indicated that the pope was paraphrasing St. Augustine’s words, “our hearts are restless until they rest in Thee.” As a philosophy major, I had read St. Augustine’s Confessions, but I hadn’t encountered these words, at least not in a context that made them seem so beautiful.

Finally, as the altar was being prepared for the Eucharist, the commentator noted the black twisting columns of Bernini’s baldachin, the canopy that stands over the altar. “The columns look like incense rising into the nostrils of God,” he said. It was a striking image. And then he noted rather nonchalantly that the altar itself was positioned directly over the tomb of St. Peter, several stories below. I sat stunned … stunned by beauty, by language, stunned by history and painfully aware of my own waywardness. Despite having grown up in a God-saturated home, I had abandoned the practice of the faith. More to the point, I had abandoned the notion that the truth was discoverable, that history was explicable, that an authentic Christian tradition existed. And yet there I sat that Christmas Eve, watching an ancient liturgy unfold in an ancient place, conducted by an ancient community that claimed divine origin, and my heart was restless. My beautiful wife, three year-old son and new baby daughter lay sleeping in their beds but I was suddenly troubled. Where was I leading them? What would I teach them? In that moment I knew two things. First, as a father I needed to give definitive answers to those questions. I needed to decide what I believed and then start living it. Second, I would have to start by confronting the claims of the Catholic Church.