Modern Egypt is the Story of the Muslim Brotherhood 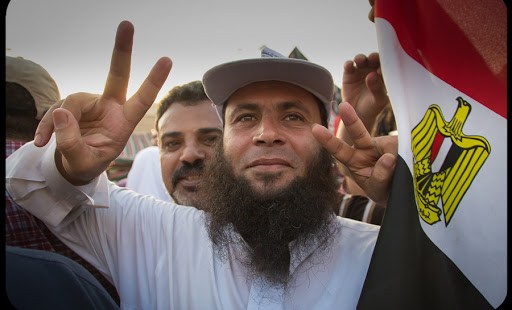 Now, more than ever, forces from outside of Egypt could play a prominent opposition role inside Egypt to alter this delicate momentum in favor of terrorism.

The story of modern-day Egypt is the chronicle of Egypt’s Muslim Brotherhood from its inception as a religious charity through its development as a political organization and its use of terror to progress to power. Egypt’s narrative entails the use of both the limelight and the dungeons by a Muslim Brotherhood that manipulated and was manipulated by three successive dictators and a prior King to shape political and personal gains.

Decisions by Egyptian rulers and their regimes worked to suppress the Brotherhood while favoring their dogma for separate power, projecting false realities — the intricacies of which delivered assassinations. A nation angered and exhausted by entanglements and lies rose up into the streets in January of 2011 yielding within months to the artifice and power of the Brotherhood which hijacked the Arab Spring movement and the Morsi presidency.

Last week, on December 25th, Egypt’s interim government outlawed the Muslim Brotherhood from Egypt by designating it a terror organization. Article 86 of Egypt’s criminal law will now be applied to the Muslim Brotherhood organization prohibiting its members from gathering or protesting. The law stops members and sympathizers from organizing, promoting group activities, issuing statements and accepting donations. Anyone trying to join the Muslim Brotherhood will be criminally prosecuted. Egypt is now requesting identical action by all Arab countries acceding to the Terrorism Suppression Act agreed upon at the 1998 convention held on April 22 in Cairo.

The new protest regulation issued earlier last month by Egypt’s interim government mandating government permits to protest was thought to target the Brotherhood and serve to eliminate rallies and town invasions by Brotherhood gangs. Now this government act of designating the Muslim Brotherhood a terror organization confirms these earlier speculations and goes beyond basic controls to transact what could be a final blow to the organization’s existence in Egypt. Another measure of accountability by Egypt’s leaders to the Egyptian freedom-fighters and an important contribution to the international community, Egypt’s bold decision not only preserves its current path to freedom, equality and human rights but offers the world a possible curtailment of exported terrorism and a model to emulate.

After the Brotherhood’s attempted assassination of President Nasser in Alexandria in early 1954, Nasser dissolved the organization. President Sadat then turned a blind eye to the law allowing Muslim Brotherhood activity to flourish for the sake of his personal political gains. Sadat was then assassinated by the Muslim Brotherhood in October of 1981.

President Mubarak prolonged his presidency by keeping the Brotherhood happy with seats in parliament, university positions, and government posts. Alas, Mubarak survived an assassination attempt by Egypt’s Muslim Brotherhood while he was visiting Ethiopia in 1996. In turn, Mubarak arrested and jailed Brotherhood leaders for the next four years or more but increased the number of Brotherhood seats in parliament to a total of 88.

After the removal of Mubarak in 2011 the Supreme Council of the Armed Forces became Egypt’s interim government which immediately handed over their power to the Muslim Brotherhood. After two years of the worst hardship modern-day Egyptians had ever known, the Egyptian army led by General Al-Sisi removed by force the Muslim Brotherhood from Rabaah and Al Nahada Squares on August 14, 2013 marking a turn once again against the Muslim Brotherhood organization.

The Muslim Brotherhood has now lost its image as “warriors for a better life,” and Egyptians know better that the organization abides in its self-aggrandizement and sheer destruction of the state. This has led to a completely different scenario from the past. Inside Egypt now, power resides in hands of people with genuine interests to rid Egypt entirely of the Muslim Brotherhood with the ability to do so. Now, more than ever, forces from outside of Egypt could play a prominent opposition role inside Egypt to alter this delicate momentum in favor of terrorism.