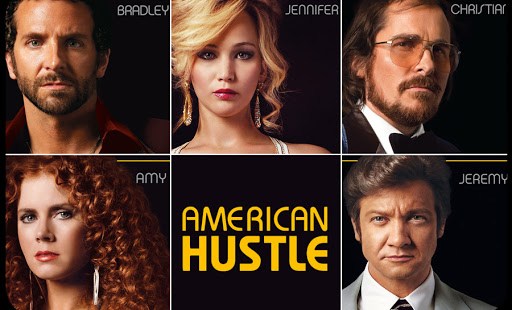 If for nothing but the performances alone, ‘American Hustle’ is definitely worth watching.

In a recent interview with the Washington Post, former U.S. Senator Larry Pressler reminisced about the time he was targeted by the Federal Bureau of Investigation as part of ABSCAM, an FBI sting operation which targeted corrupt politicians during the late 1970s. Upon being offered $50,000 in exchange for using his influence to expedite citizenship for two (phony) Arab nationals, Sen. Pressler turned down the money, explaining that it would be improper for him to promise to do anything in exchange for a campaign contribution. As a result of his honesty, Pressler’s part in ABSCAM makes no appearance in American Hustle, director David O. Russell’s serio-comic take on the scandal. Pressler wasn’t surprised, commenting dryly, “Nobody cares about the story of a guy who did the right thing.”

If there’s one thing American Hustle absolutely is not, it's the story of people doing the right thing. Based very, very loosely on true events (Russell conveniently jettisons the burden of maintaining historical accuracy by starting his movie with a title card which reads "some of this actually happened"), American Hustle tells the story of Irving Rosenfeld and his mistress and protégé, Sydney Prosser, a pair of successful con artists coerced by FBI agent Richie DiMaso into helping plan and carry out sting operations on people dealing in stolen property.

To fulfill their end of the arrangement, Irving and Sydney set up shop as the representatives of a phony Arab Sheikh looking to purchase pilfered artwork. However, when one of Irving's associates suggests that New Jersey Mayor Carmine Polito might like to meet the Sheikh in order to exchange favors for foreign investment in his state's planned casinos, Agent DiMaso seizes on the career-making opportunity to bag some political bigwigs. It isn't long before Irving and Sydney, whose philosophy has always been to keep their schemes small and manageable, become increasingly uncomfortable with the situation, especially once the sting draws in not only several U. S. senators and the Mafia, but also Irving’s wife, Rosalyn, whose mental instability threatens to bring the entire operation crashing down.

The plot is all window dressing though, as American Hustle is a movie about characters, or to be more specific, performances. This film has one of those scripts actors salivate over – full of conflicted, broken people placed in morally ambiguous situations with no easy way out. And just to weed out lesser talents, much of the movie is also darkly comedic, meaning the actors have to believably segue between moments of levity and high drama. It's hard to imagine any actor getting the script to American Hustle and not thinking to themselves, at least for a moment, "I've got a shot at an Academy Award with this one!"

Guaranteed an Oscar nod is Christian Bale as Irving Rosenfeld. When we first meet Irving, he is standing in front of a mirror, performing the long morning ritual of constructing his comb-over – a Byzantine affair composed partially of toupées and partially of meticulously placed strands of real hair, all held together by copious amounts of glue, hairspray, and sheer willpower. It’s one of those scenes which tells us so much about the character without any words ever being spoken. He's a phony, but a careful, well-crafted one. He's insecure and uncomfortable about revealing his real self, but also completely confident in his ability to put forth a false front. He's a crook, but a human one. We shouldn't like him, but we kind of do.

Bale goes all in on the performance, not only physically transforming his body to play the overweight, middle-aged con man, but also developing slouched postures and furtive expressions so individualistic that he completely becomes the character. His Irving is so real that not even once will you stop and say to yourself, "Hey, wait a minute – that's Batman!" No mean accomplishment in a movie which also stars Lois Lane, Katniss, Hawkeye, and Rocket Raccoon.