The Mysterious, Persistent Call of Beauty 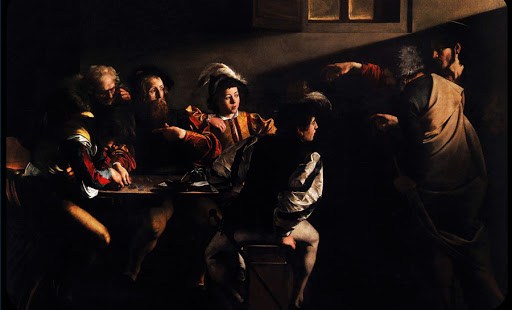 When a flashmob choir sings the Hallelujah Chorus in a mall food court, the unsuspecting bystanders are enraptured. What is it about beauty that captivates us?

Aleteia’s new hub for reviews and commentary on the arts, entertainment, and culture, “Call” launched with the following message:

I thought of this connection between beauty and “calling” as I watched a 2010 video of a flash mob in a mall food court (watch it above). It’s one of the most intriguing and share-worthy videos I’ve ever seen on YouTube – which might explain why it has well over 40 million views.

“At noon on November 13, 2010,” the video begins, “these unsuspecting shoppers got a surprise while enjoying their lunch.” What’s remarkable at first is how unremarkable the scene is. It probably looks just like the mall in your town at this time of year. Families bustle, couples chat, a little church-lady-like woman in a Santa hat plays at a piano – typical mall people. We see an Arby’s, a Subway – typical mall food. The scene is commonplace, even a little drab.

But then something very atypical happens. A young woman, holding a cell phone to her ear, stands up and breaks out in song over a church lady’s organ.

“Uh-oh,” everyone’s face seems to say. “Here we go. One of those public freakouts I keep seeing online. I knew I shouldn’t have come to the mall today. Is she here alone? Should we call the police?” One man directly in front of her buries his face in his burger, hoping it will all be over soon.

But then, a disheveled man in a hoodie stands up at his table and joins in. “Oh great,” some faces say. “Now we have two crazies on our hands. What are the odds of this? But wait – they both actually sound pretty good. They are in tune and on beat. Maybe this isn’t a fluke?”

Two more voices join in. The harmony expands. Soon enough, more people are singing than not singing; children are enrapt, hands reach out to hold each other, non-singers fumble along; it’s too loud to talk, think, or even eat; and every jaw has dropped either in shock or in song.

Five minutes of ek-stasis pass like an instant, or an infinity, or both. Everyone’s boredom, worry, loneliness, regret – typical feelings for so many this time of year – seem to vanish, as the everydayness of shopping, eating, and talking is invaded by this unexpected rising of heavenly music. A “call of beauty” moment has graced a “call of duty” world.

But a call to what? And why?

In his 2002 masterpiece of phenomenology Being Given, French philosopher Jean-Luc Marion considers the experience of a call in light of the hearer’s “responsal.” Marion writes that “the ‘Here I am!’ of the responsal is the only thing that can give the status of ‘There you are!’ to the call, therefore attribute a name to it.” In other words, a responsal – paradoxically – reveals and, in a way, precedes a call.

The example Marion uses to illustrate this idea of response-and-call is the painting “The Calling of St. Matthew” by Caravaggio:

“We see it – this call – appear in Matthew’s gaze infinitely more than we do in Christ’s gesture. For Matthew, who lifts his eyes from the table and turns away from the coins, does not perceive Christ so much as the gaze of Christ, which is intended for him. Not Christ as another spectacle to be seen, but Christ’s gaze as a weight that weighs on his own gaze and holds it captive. Then – and here is the decisive moment – caught in the crossing of the gazes, Matthew, with his left hand, makes the merest suggestion of a gesture pointing to himself in silent response to the call, which is neither said nor heard, and asks or else announces: ‘Me?’”