“America is Hungry for Moral Leadership”: A Rabbi Comments on the Francis Phenomenon 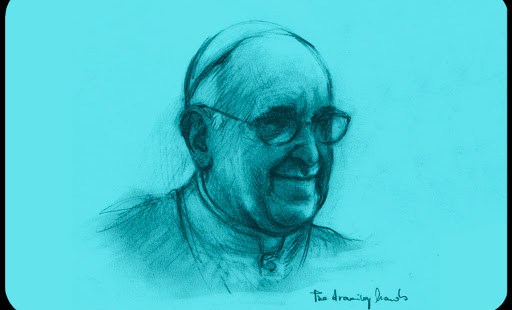 Pope Francis’ refreshment of the Gospel is what draws so many in such a profound way.

“The Francis Phenomenon” is a phrase that is catching on for media pundits to comment on the wild popularity of Pope Francis. Writing in the Huffington Post, Reformed Jewish rabbi Eric Yoffie observes that America is hungry for God, hungry for moral leadership, and hungry for positive role models. Pope Francis is helping to feed that hunger.

Rabbi Yoffie recognizes the spiritual malaise in the United States. Doubt about the country’s future, cynicism about its leaders, and the seeming collapse of organized religion all point to a bleak future without hope and faith. Then along comes Pope Francis.

“Not only does the Pope have an approval rating of almost 90 percent among American Catholics, but among all Americans, nearly 3 in 4 view him favorably. In the very early days of his papacy, the interest and excitement in his selection could be seen as a media-generated blip; but, 10 months later, there is clearly something more at work here. What could possibly account for the affection and regard in which this man – the ultimate "establishment" religious figure, head of the largest religious bureaucracy in the world – is held?”

The rabbi is correct to point out that the Francis phenomenon is more than left-wingers being delighted with what they perceive as the Catholic Church’s shift in their direction. Neither is it merely the freshness of Pope Francis’s style. Something deeper is taking place. What are the crowds attracted to? Rabbi Yoffie puts his finger on it:

“What they do see, I think, is the profound authenticity of his leadership. Hungry for role models and desperate for authority figures with credible values and a true moral center, Americans are drawn to Pope Francis because of their sense that he speaks from principle and actually lives the values that he teaches. And not only that; he also radiates compassion and humility, as well as respect for those in our human family with whom he differs. The result is that for Americans, he generates hope among the murk and morass of everyday life, keeping us facing, even in tough times, in the direction of humanity.”

I agree with the rabbi’s assessment, but there is even more to it. Pope Francis seems to have taken us beyond Catholicism to Christ. What I mean by this is that he has opened our eyes to the charism and person of Jesus Christ himself. We are able to see through Francis the man from Nazareth who heals the sick, welcomes the little children, forgives the sinner and lives with the simplicity, naturalness, and freedom that comes from genuine holiness. Jesus was not all honey. He spoke vinegar to the hypocrites, the rich, the hard-hearted and the religiously self-righteous. So does Francis.

As others have observed, Pope Francis is putting into action what his two predecessors taught with faithfulness, shrewdness, and love. As he has said numerous times, he is a “loyal son of the Church”. Therefore we can expect in this next year to see him hold firm on the doctrines and moral teachings of the faith while continuing his ministry of reconciliation, welcome, and compassion. In his words and works, we can expect him to continue to point us beyond religion to Jesus Christ himself.