The Quest for Me 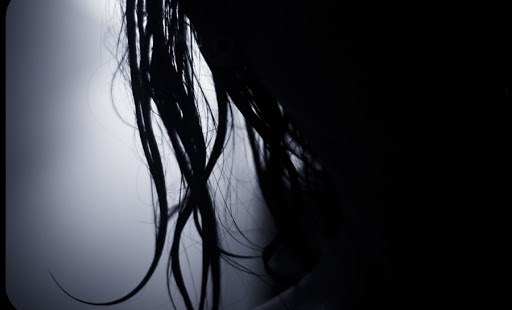 When we refuse to engage in “stifling situations”, that’s when we actually are denying ourselves the opportunity to find ourselves, to develop our talents, to do good in the world, and to discover meaning in life.

David Brooks once suggested that we are a “talent society,” more interested in self-development than conformity. Brooks suggests it’s not necessarily a bad thing. The part that really got me thinking was this:
"But if there is one theme that weaves through all the different causes, it is this: The maximization of talent. People want more space to develop their own individual talents. They want more flexibility to explore their own interests and develop their own identities, lifestyles and capacities. They are more impatient with situations that they find stifling. Many people have argued that these changes have led to a culture of atomization, loneliness and self-absorption. That’s overdrawn. In “Going Solo,” Klinenberg nicely shows that people who live alone are more likely to visit friends and join social groups. They are more likely to congregate in and create active, dynamic cities."

I’ve been thinking a lot lately about the notion that we flee “stifling situations” in the Quest for Me. Several recent posts on Humane Pursuits (and articles in other publications) have touched on related topics. All this great reading (which I’ll cite later) makes me want to dig deeper into Klinenberg’s suggestion.

Klinenberg assumes that visiting friends and joining a group or two means I’m not lonely or self-absorbed. Brooks makes the same assumption.  But I wonder why we want that space to develop ourselves, and why we choose to reduce that personal space by having a social life. I think investigating this will reveal that there’s more going on than Klinenberg admits. The Quest for Me even affects how we do community, and not all for the better.

1) Why are people more impatient with "stifling situations", and what is the the result?

It’s easy to characterize the way most twentysomethings today were raised using movies they watched as kids. In Disney’s Aladdin, we’re told Aladdin (despite being a thief and a pathological liar) is a “diamond in the rough” whose worth is “far within.” In other words, it’s not our choices that show who we are; it’s a mystical, unique Someone inside of us that we just have to find. Other movies explicitly discourage us from exploring our past or parentage in search of an identity, but to look inside. Even the WSJ’s article last week on why French parents are better than American ones shows that (whatever the faults of French parents, like, um, not having any kids) American kids tend to be raised from infancy with a much stronger sense that life revolves around them and that they can and should (as our Supreme Court once so eloquently put it) “define their own conception of existence.” This is the Quest for Me; finding ourselves and finding what we’re supposed to do with ourselves—and doing both without looking at much of anything outside ourselves.

As Brooks has shown elsewhere, this whole conception of reality is nonsense. ‘90s movies are insufferably consistent in hammering home a point that most of us were raised with; one that is metaphysical gibberish, supported by no decent philosophy, theology, science, or common sense. Here’s the funny thing, though—while Brooks is partially right in his description of who that mindset has turned us into, he’s missing the other side of the coin: the side where we really have no idea who we are. As Ezra Klein insightfully pointed out last week, our professional students (i.e. everyone who didn’t drop out of high school) hit senior year and discover to their horror that (a) they still haven’t “found their passion,” or at any rate haven’t found one that anyone will pay them to pursue, and (b) having spent all that time pursuing their interests rather than accepting “stifling situations” that would allow them to grow and develop skills, they’re not qualified to do anything, and have no idea how to navigate a job market that is exponentially less structured than anything they have yet faced. (So, as Klein points out, most of the smart ones go into finance, grad school, or Teach for America–obvious options that have fairly structured application processes.)

This leads to a second question.