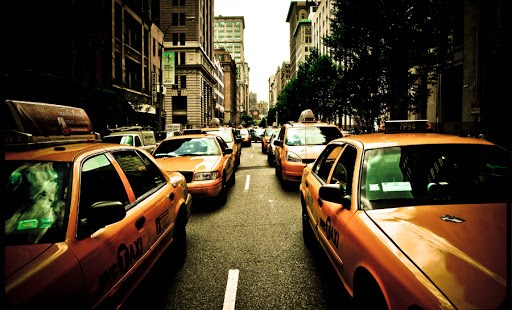 If you’re not from a big city like Boston or San Francisco, but you’ve visited one, you’ve probably experienced the intimidation of the city driver: the high speeds, the quick lane changes, the honking, the middle fingers, and of course, the yelling. You may have tried (feebly) to parallel park in a tight spot, done the in-out-in-out routine, and had a furious cab driver screaming that your parents were never married. As you tried to shake it off, you probably muttered to yourself what a selfish jerk the guy was, in an effort to calm your nerves and reassure yourself that he was the problem, not you. But what if it really was you who were the problem?

Having moved from a big city to a suburb far from one, I’m currently experiencing the opposite of the big city driving experience. People here never use their horns — even if the guy at the front of the line takes a solid minute to realize the light has turned green, or two cars are driving side by side at 10 under the speed limit, gumming up traffic for miles behind them. Not only do drivers not speed, they try to merge onto the freeway at 45 m.p.h., creating logjams in the right lane every mile or two. The local truckers have adjusted to this reality by always using the middle or even left lane so as to avoid the mess. In turn, of course, their 55 m.p.h. speeds slow down what are supposed to be the faster lanes. Nobody, and I mean nobody, seems to understand that it’s illegal to stay in the left, i.e. passing, lane (despite the signs every few miles). So we have common sights like a train of eight tailgating cars in the left lane behind an airhead going 50 m.p.h. who is enjoying his music a little too much.

What I’ve realized is that fast does not equal selfish. Neither does grumpy. Granted, lots of studies have shown the more time you spend in gridlock, the more stress it creates and the grumpier you get. No argument here. When you have to interact with people more, you can expect to experience more friction and therefore more stress — and it’s no different on the road. But driverly grumpiness has as much to do with a principle as it does about the inconvenience to the individual driver.

When your parallel parking gums up traffic, or your feckless turn down a one-way street almost creates an accident, or your inability to go at the prevailing speed of traffic slows everybody else down, those other drivers are actually angry about your violation of the “common law” of the local streets. They’re not muttering to themselves, “How can that guy make me late like this?” They’re muttering, “What does that guy think he’s doing, driving like that? He’s slowing down the entire road!” They may not handle it in the most tactful way, but their yelling at you communicates something to you about your driving — which, over time, makes you a better driver. As anybody who has moved to a big city can tell you, you either learn to drive or you learn to walk.

By contrast, the genial guy clocking 55 m.p.h. in the left lane is thinking about only one thing: himself. His isolated suburban existence makes him inclined to be oblivious to the drivers around him. He may not look in his rear view mirror at all; if he does, the thought does not cross his mind that all those people tailgating him want to get past him. He may even be irritated that they’re tailgating him (those bums!), and continue to trundle ahead as a way to get back at them.