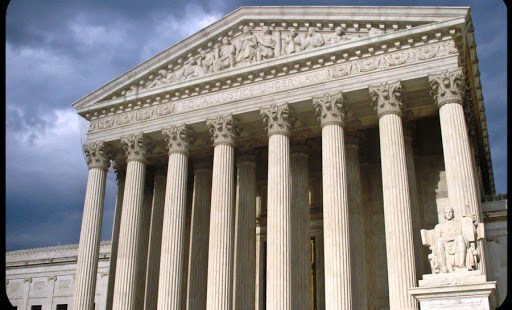 The injunction will be in effect while the State appeals a previous lower court ruling that said the state’s marriage laws were unconstitutional.

The injunction comes two and a half weeks after a federal judge ruled that the state’s refusal to give legal recognition to same-sex marriages violates the U.S. Constitution. The justices ruled that the marriages could not continue to be contracted while the state appeals the ruling. They made the decision “without discussion or recorded dissent,” according to the Washington Post.

More than 900 same-sex couples have wed in Utah in the last two weeks.

"The Supreme Court’s decision to press the pause button on marriage equality in Utah is a huge disappointment for thousands of loving and committed couples, whose marriages are now in legal limbo," said Omar Sharif Jr. of GLAAD, according to USA Today. "The court is putting families at risk and taking a big step backward in ensuring full equality for all Americans."

Traditional marriage advocate Ryan Anderson saw the ruling in line with last year’s Supreme Court rulings on marriage. “Last summer, when the Supreme Court invalidated parts of the federal Defense of Marriage Act, the Court reaffirmed that ‘the significance of state responsibilities for the definition and regulation of marriage dates to the Nation’s beginning; for ‘when the Constitution was adopted the common understanding was that the domestic relations of husband and wife and parent and child were matters reserved to the States,’’ he wrote on his Facebook page. “The states remain free—and should continue to remain free—to define marriage as the union of one man and one woman.”

“Today’s announcement from the Supreme Court is therefore welcome. One district judge should not be able to misread the Court’s recent decisions and force any state to act contrary to the meaning and purpose of marriage. At the very least, the issue is too important to force a state to change its laws without federal appeals court input. Ultimately, the U.S. Constitution does not require redefining marriage.”

“And whatever one thinks about marriage, the courts shouldn’t be redefining it. America should make marriage policy through the democratic process rather than allowing judges to dictate it through decisions that have no grounding in our Constitution.”