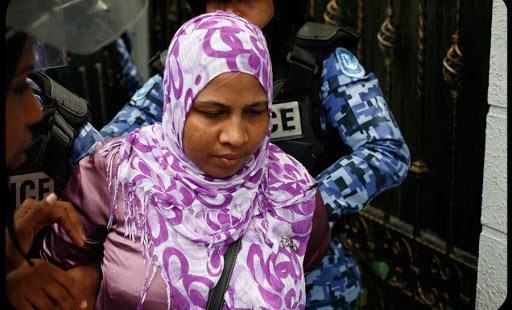 “For months we have been experiencing strikes, blockades, violent conflict, terrorist attacks, arson and hatred here in Bangladesh. There have been deaths and hundreds of people have been injured.”

As Bangladesh experiences widespread strikes and violent protests in the run-up to its parliamentary elections, the bishop of the nation's capital is encouraging a peaceful contribution from local Christians.

“The situation is very tense. For months we have been experiencing strikes, blockades, violent conflict, terrorist attacks, arson and hatred here in Bangladesh. There have been deaths and hundreds of people have been injured,” Archbishop Patrick D'Rozario of Dhaka told the charity Aid to the Church in Need in a Dec. 26 interview.

“I am asking all Christians in the country and elsewhere to pray for peace and reconciliation in Bangladesh … our prayers are not in vain,” he added. “The country needs dialogue and I hope that it will succeed!”

Elections for members of parliament in the South Asian nation are scheduled for Jan. 5, but are being boycotted by several opposition parties. The government is currently controlled by the Awami League, and other parties such as the Bangladesh Nationalist Party and Jamaat-e-Islami believe the Awami League will rig the results.

Bangladesh is among the more corrupt of the world's nations, scoring 27 out of 100 in Transparency International's Corruption Perceptions Index in 2013. It is ranked 136 out of 177 countries for transparency, in the company of Ivory Coast, Guyana, and Kenya. In April, a clothing factory building collapsed near Dhaka, killing more than 1,100 workers.

The political opposition wants a caretaker government to administer next week's elections to ensure fairness and transparency, as was long the case in Bangladeshi elections, but the Awami League has rejected the proposal.

Jamaat-e-Islami, an Islamist party, has been barred from participating in the elections, and one of its leaders was executed Dec. 12 for war crimes committed during Bangladesh's war for independence in 1971.

The political impasse has led to violent clashes between protesters and security forces; strikes; and blockades of roads and railways. The country's army was deployed nationwide last week in an attempt to stem the violence. More than 100 persons have died in political violence in recent weeks.

Archbishop D'Rozario's appeal for peace noted that Christians, a tiny minority in the country, have a deep solidarity with their fellow Bangladeshis.

“In Bangladesh all Christians, regardless of their denomination, feel solidarity with their compatriots of other faiths,” he said.

“Our charitable and social initiatives serve the entire country, with our work supporting education and development, as well as serving the poor and those who are particularly affected by climate change. We are trying to live out our faith and the values we advocate.”

Christians constitute less than one percent of the Bangladesh's population, as do Buddhists. The population is 90 percent Muslim, and 8 percent Hindu.